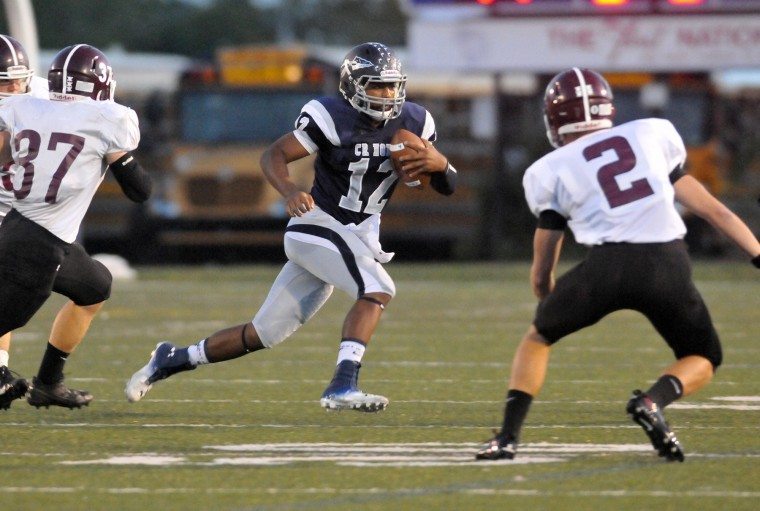 McIlwain – a 6-foot-0, 198-pound signal caller from Newtown, Pennsylvania – threw for 1,720 yards and 17 touchdowns during his recently completed senior season at Council Rock North High School.  He also ran for 1,545 yards and 30 touchdowns for the Indians.  The previous season he threw for 2,100 yards and 18 scores and ran for 1,100 yards and 20 scores.

According to 24/7 Sports, he’s the No. 3 dual-threat quarterback prospect in the country – and received scholarship offers from programs like Penn State, Auburn, California, Clemson, Florida, Miami, Michigan State, Ohio State and North Carolina.

In addition to his offensive exploits on the ground and through the air, McIlwain notched 62 tackles and recorded two interceptions as a defensive back – including a “pick-six.”

Want some even more impressive numbers?  McIlwain posted a 3.99 grade point average and wants to pursue a joint business-law degree after graduating from college.

South Carolina has had success with Pennsylvania quarterbacks in the past.  Steve Tanneyhill, a native of Altoona, Pennsylvania, led the Gamecocks to their first-ever bowl victory in 1995 and still holds multiple school passing records.

In addition to McIlwain, South Carolina also announced it had reached a financial aid agreement with C.J. Freeman – a 5-foot-11, 196-pound running back from Greensboro, N.C.  Rated by ESPN as a four-star prospect and the No. 31 high school running back in America, Freeman racked up 2,091 yards and 23 touchdowns last season – averaging more than seven yards per carry and more than 150 yards per game.

He was recruited also recruited by Wisconsin and Louisville.

Even with these new signees in the fold, Muschamp’s first recruiting class at South Carolina is expected to rank well-behind its SEC peers – and in-state rival Clemson, which has been consistently reeling off Top Ten recruiting classes.

Still, Muschamp’s staff has done a good job (so far) of keeping the players that were already in line to come to Columbia, S.C. – which is impressive under the circumstances.

Dabo Swinney Wins Another Coach Of The Year Award