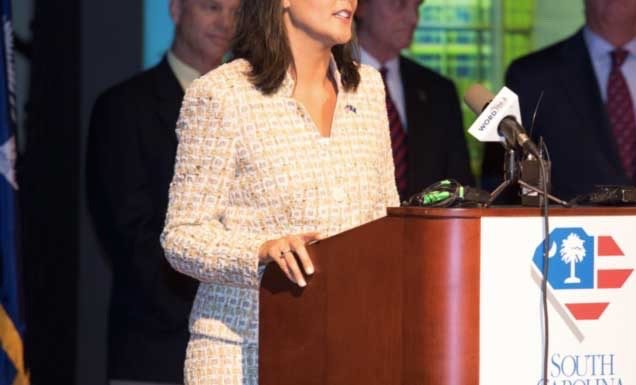 Advocacy groups are ramping up the pressure on South Carolina elected officials – urging them to reject a controversial refugee resettlement program exposed months ago by this website as nothing but a liberal, government-subsidized scam.

Take a look at their latest offering here … 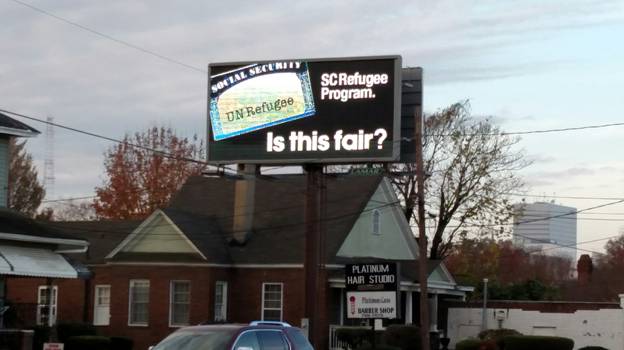 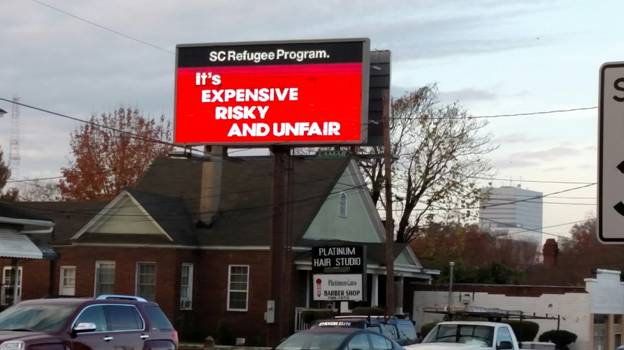 Sources familiar with the campaign say these billboards are rotating at nine different locations in the Columbia, S.C. area.

As we reported exclusively back in April, previous resettlement campaigns couched as “evangelical” efforts have instead been front groups for liberal campaigns like the National Immigration Forum – which receives funding from organizations affiliated with billionaire liberal financier George Soros.  In fact one of the groups receiving funding from Soros – the so-called “Evangelical Immigration Table” – has a South Carolina presence.

Also, World Relief – a group which has ingratiated itself with several Upstate religious organizations in an effort to facilitate the resettlements – receives the vast majority of its funding from taxpayer-funded grants.

Wherever the money to relocate these refugees comes from – South Carolina taxpayers cannot afford them.

“Compassion cannot be compulsory – especially when people are already struggling and suffering to subsidize a soaring dependency culture,” we wrote last month.

Indeed.  And while we understand some people are more focused on the national security implications of this debate, we maintain the real issue is one of long-term costs being imposed on people who simply cannot afford to pick up the tab.

S.C. governor Nikki Haley has been exceedingly weak on this issue.  As this website exclusively reported back in September, Haley ignored a budget proviso drafted by lawmakers explicitly forbidding the funding of such programs without an affirmative vote of the local county council.

She’s also refused to terminate the program in the aftermath of renewed security concerns.

Activists are hoping their billboard will catch her eye … and change her mind.

“It’s in Columbia so Nikki can see it,” a source familiar with the campaign told FITS.  “Maybe our governor will follow the lead of (the) Texas governor and take a proactive stance for the security of South Carolinians.”

Contrasting Haley, several state lawmakers – led by S.C. Rep. Donna Hicks of Spartanburg – have called for the program to be terminated.  Meanwhile Upstate conservative activist Michelle Wiles has filed a “cease and desist” order against the U.S. State Department.  More recently, S.C. Rep. Chris Corley of Aiken has moved to shut down state funding for the program.

Let’s hope they are successful in their efforts …