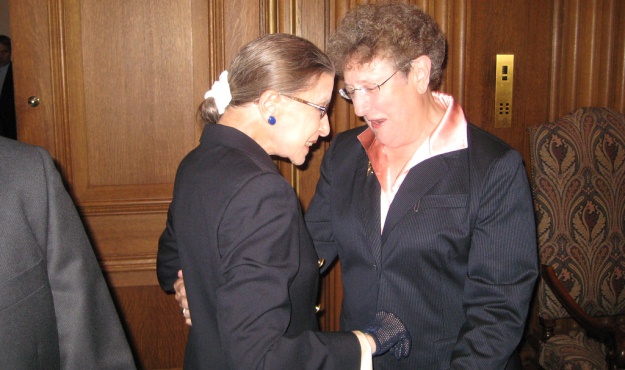 South Carolina “Republican” lawmakers have vowed 2016 will be the year they finally clean up the Palmetto State’s notoriously corrupt judicial branch.

Do they mean business?

It certainly doesn’t look that way …

Last month we reported on the latest shenanigans associated with the state’s scandal-scarred judicial selection process – exposing how powerful S.C. Senate leader Hugh Leatherman appointed one of his political hacks to the legislatively dominated committee tasked with choosing the state’s judicial nominees.

It’s yet another sad example of how lawmakers cannot be trusted to pick judges.

This week we’ve learned of a “sweetheart deal” being offered to outgoing S.C. chief justice Jean Toal – who will step down from her post at the end of the year.

Sure, she will be collecting a big, fat pension from the state’s struggling retirement fund.  But Toal will be supplementing her government pension with a new full-time, taxpayer-funded gig – arbiter-in-chief of a new “business court.”

According to our sources, Toal will act as a “business judge” working for the S.C. Court of Appeals.

“It’s a fancy title for a glorified mediator but with bigger cases,” a source familiar with the newly created position tells us.

Not only that, Toal’s new “business court” will be staffed by two full-time state employees.

Salaries for Toal and these two staffers (one of whom is reportedly her longtime aide, Stephanie Nye) are currently being negotiated.  Meanwhile the state’s general services division – part of governor Nikki Haley‘s Department of Administration (DOA) – has reportedly authorized $70,000 worth of renovations on a suite of offices in the John C. Calhoun building on the grounds of the S.C. State House.

That’s where Toal and her cronies will set up shop.

Yeah.  So much for “retirement.”  Instead, South Carolina taxpayers are being put on the hook for this liberal judge until the day she dies.

Officially, Toal will be classified as a “visiting judge” – but state lawmakers were already invoking other names for her new position.

“She’s the ‘depart without ever leaving’ judge,” one state lawmaker told us.

So … how did Toal land such a sweetheart deal?

According to our sources she negotiated it with her successor, Costa Pleicones – who will serve as chief justice for one year beginning on January 1, 2016 (when, like Toal, he will reach retirement age).

We wonder: Will he land a similar sweetheart gig?  Will he, like Toal, also be permitted to double dip (a.k.a. simultaneously drawing a salary and a pension)?

Toal’s self-serving behavior didn’t surprise anyone who has followed her career.

“I believe she has ignored the rules for so long and gotten away with it that she thinks she can do it for the rest of her life with impunity,” one judicial branch observer told us.

We agree with that assessment.

Here’s the bottom line: If “Republican” lawmakers are serious about judicial reform, they will zero out any funding in the upcoming state budget for Toal’s new “business court.”  Obviously there’s no recovering the $70,000 Haley’s administration has wasted in accommodating this boondoggle, but steps must be taken immediately to stop this nonsense before it imposes huge recurring costs on South Carolina taxpayers.

As for Toal?  She needs to go away.