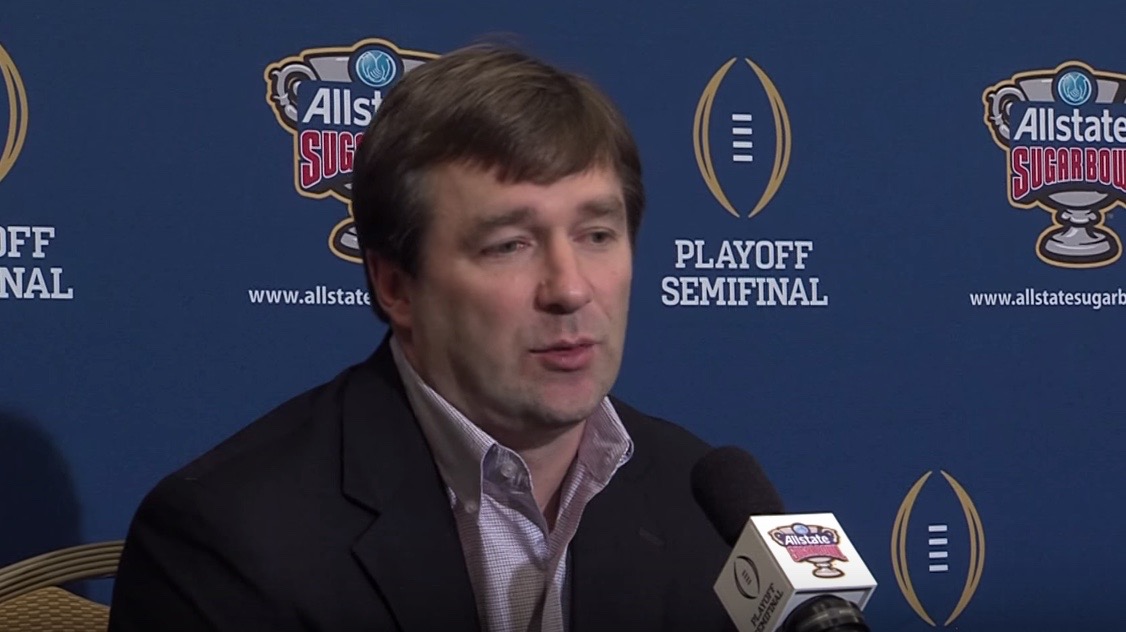 University of Alabama defensive coordinator Kirby Smart has reached an agreement to become the next head football coach at the University of Georgia, multiple media outlets are reporting.  Smart, 39, would replace Mark Richt – who was fired by the school two days ago.

Smart can’t officially sign with the Bulldogs until after this weekend’s Southeastern Conference championship game – which pits No. 2 Alabama against No. 18 Florida – but The Atlanta Journal-Constitution is already reporting on his decision to retain a pair of Georgia assistants on his new coaching staff.

Smart has been instrumental in helping head coach Nick Saban turn the Alabama program into the nation’s elite – a run that’s included national championships in 2009, 2011 and 2012.

In addition to leading the nation’s top defense, Smart has also been a force on the recruiting trail – drawing numerous blue chip recruits to Tuscaloosa.

Prior to being hired by Georgia (where he played his college ball from 1995-98), Smart was viewed as a frontrunner for the vacant head coaching position at the University of South Carolina.  Gamecocks’ athletics director Ray Tanner has been working to find a replacement for head coach Steve Spurrier, who resigned six games into the 2015 season.

Smart’s name is the third to be crossed off of the Gamecock short list.  Houston head coach Tom Herman took his name out of consideration for the job last week, while Memphis head coach Justin Fuente has been tapped to take over for veteran head coach Frank Beamer at Virginia Tech.

So who will South Carolina hire?

Tanner has said South Carolina hopes to name its next coach no later than December 12.