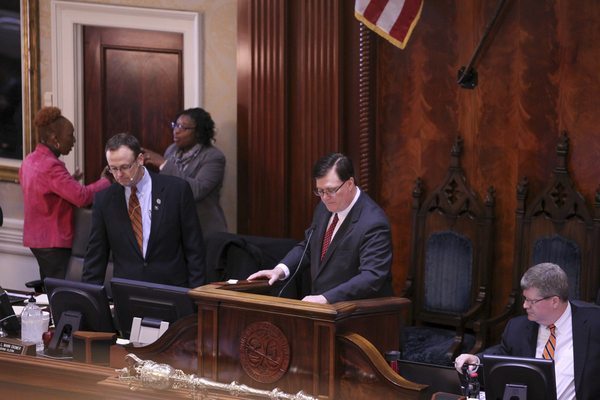 For those of you who’ve never been paid it a visit, Andy Brack‘s Statehouse Report is a great source for Palmetto political news.   We don’t always (or often) agree with its progressive editorial bent, but Brack is a great writer with a great network of sources.

And he catches a lot of stuff most people miss …

For example, Brack noticed that a recent press release from the office of fiscally liberal S.C. Speaker of the House Jay Lucas – a “Republican” – incorrectly substituted the word “dismal” for “dismissal.”

Big deal, right?  Right … well, except that the release was addressing a tug-of-war between the legislative and judicial branches of government over the state’s “minimally adequate” government-run school system.

“What do you think this headline on a news release from Lucas’s office says about the way the way the legislature views the judiciary?” Brack wondered.  “Freudian slip?  Alternatively, it could just be a misspelling.”

The item was buried in a collection of briefs … it didn’t even have its own headline.

But according to a source close to the Speaker, it was prominent enough to get under the “Republican” leader’s skin … in fact it reportedly prompted a phone call from Lucas to Brack.

“(Lucas) fussed at him a little bit,” the source told us of the call.  “(He) told him it was an honest mistake and reminded him there are a lot of Democrats in his district who rely on the public education system.”

We wonder who Lucas is referring to, because it sure as hell isn’t Pee Dee students relying on this failed system … which continues to receive billions of dollars in new money from “Republican” majorities each year despite producing abysmal results (sort of like our government-run transportation system).

Don’t take our word for it, though.  Listen to the words of the liberal S.C. Supreme Court …

“Spending fails to provide students with the opportunity to obtain a minimally adequate education,” the court ruled. “Rather, the evidence demonstrates that there is a clear disconnect between spending and results.”

That’s exactly what we’ve been saying … for years.

Anyway … we’re glad to see Lucas responding to his critics in the media.  Sadly his response is quite telling as it relates to his governing priorities.

The Wrath Of Hugh Leatherman