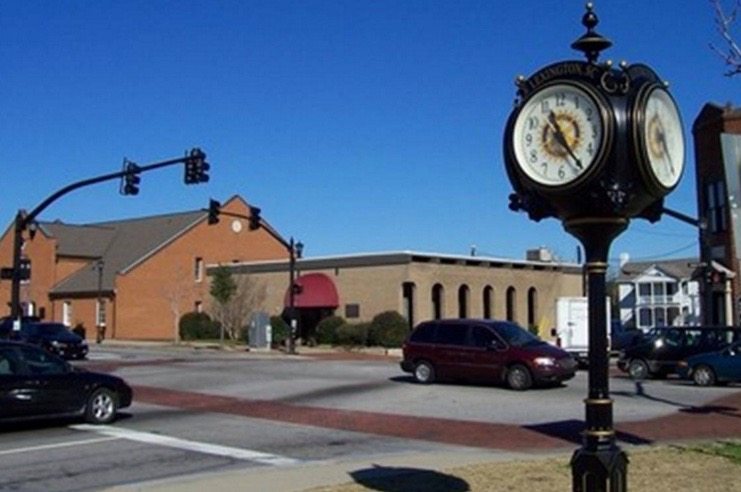 Our readers in Lexington County, S.C. (a.k.a. our founding editor’s new stomping grounds) might be interested to learn that former Lexington, S.C. mayor Randy Halfacre – a tax-and-spend liberal – is stepping down as president and CEO of the local chamber of commerce.

Halfacre’s resignation – effective at the end of the year – is curious for several reasons.

The big government backer has been a longtime ally of Lexington county council chairman Johnny Jeffcoat (a guy who thinks all tax hike opponents are Mormons) and was a close colleague of former town councilman Danny Frazier (who recently received a slap on the wrist for his role in the “Lexington ring” scandal).  Meanwhile the current mayor of Lexington, another tax-hiking liberal named Steve MacDougall, was close to all three of these politicians.

Earlier this year, MacDougall, Jeffcoat and Halfacre were riding hight when the town of Lexington passed a sales tax increase on food – $2 million a year for eight years.  Jeffcoat was at every town hall meeting to ensure the levy passed, while Halfacre did his part by having the chamber endorse the $16 million increase.  MacDougall was the biggest advocate for the new tax – claiming there were no other funding options available (even though the town recently shelled out $6.4 million for a new amphitheater).

Over the last few weeks, though, the new “Lexington ring” has seen its position erode.  First, Jeffcoat found himself facing a credible challenger from the right for the first time in his nearly twenty years on county council.  Rather than risk getting beat, he announced he would not run for reelection.

Then came Frazier’s sentencing … a reminder of the rampant corruption that exists in this Midlands, S.C. county.

So … what led to his ouster?

According to our sources, Halfacre’s liberal advocacy upset many Lexington chamber members – including restaurant owners hit hardest by the new tax.  No effort was made to solicit their input – Halfacre simply endorsed the tax hike in an effort to accommodate MacDougall and Jeffcoat.

Since the levy passed, the number of people attending the monthly chamber breakfasts has declined considerably – and there’s been talk of businesses leaving the chamber to form an organization that’s more responsive to their views.

Obviously at the town level the damage is done – the tax hike has already been passed.  At the county level, voters emphatically rejected an eight-year, $270 million tax hike last fall – although Jeffcoat has been leading the charge to get an even larger tax hike on the ballot in the future.

We oppose that levy … and urge our Lexington readers to do the same.