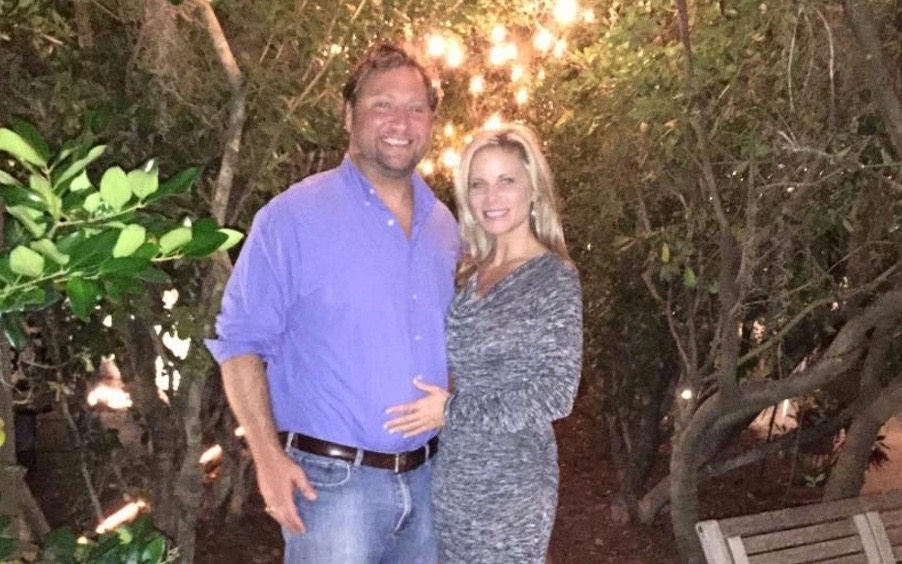 Former S.C. Rep. Thad Viers signed off from social media as he prepared to turn himself into federal authorities this week – encouraging supporters to contact his girlfriend, Alexis Hudson.

The one-time frontrunner for a U.S. congressional seat was sentenced to three years in federal prison this week on a money laundering charge.

He will surrender to U.S. Marshals today …

“Thank you to all – especially my Mom whom I love and want her to know it’s going to be okay and my Alexis, who while still refusing to marry me, still has a creative sense of humor-see wine pic below,” Viers wrote on his Facebook page. 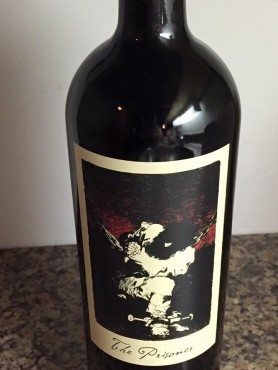 “Needless to say, I’m going on a deployment for an extended time and will be temporarily unavailable on Facebook,” Viers added.  “Message Alexis for further info.”

At the time the harassment charges became public knowledge, Viers was a leading candidate for the South Carolina seventh congressional district seat – and had received the endorsement of S.C. governor Nikki Haley in his campaign.  He has been romantically linked in the past to numerous Palmetto luminaries – including Haley and Southern Charm star Kathryn Dennis.

Will Lewis To Be Released From Prison On Appeal Bond

“(M)y Alexis, who while still refusing to marry me…”

That’s a testimony to her good judgment. Was he hoping for conjugal visits?

Is his cellie aware of his er, umm, “reputation”?

Do you mean, “the baby’s arm holding an apple”?

LOL That’s what “they” say! Apparently gonna be three folks sharing that cell instead of two!

That’s funny.I had a cell friend once nicknamed “the reamer”.

I still want to know if he turned in or otherwise disposed of the gun collection he bragged about having. After him torpedoing a good piece of pro-gun legislation with his “Viers Amendment”, I will take pleasure in seeing him disarmed.

Take another drink of courage,call and ask.
Identify yourself as Captain CorruptionInColumbia-the Waffle House sniffer of all things corrupt and evil…a speedo wearing agent of truth that sees a villain behind every coffee pot and commode in SC.

For someone who “claims” to be “conservative”, one would think that you would agree with me on that point. I guess with you, it’s all about keeping corrupt Republicans in power and money.

I would rather have a corrupt Republican in office than an honest Democrat (of course we know ZERO exist).

If they are selling us out as Viers (or Boehner, or many others) have, what difference does it make?

Good point on Boehner.I don’t know Viers.As bad as Boehner was I still wouldn’t for a Democrat.

Here’s a little about the “Viers Amendment”. I can’t prove it, but I would almost bet my soul that Viers did this at Mikey Pitts’ direction. The MO has Mikey’s name written all over it.

Regardless of whose idea it was, Viers acquiesed in it and it is comical to see one of the high-and-mighty elite, who the laws don’t often apply to, caught in their own trap and disarmed.

Caption – We’re having a baby.

That’s what I thought when I saw the picture.

You are correct; Viers is showing noticeably. And what is the over/under of the number of months she stays with a fat, incarcerated loser with no law license, no political future and no way to screw people out of their money? I say 3 at most.

Tyrone will take care of her, “long dick style”.

lol…wtf did I just watch? Funny.

That guy is hilarious. Almost as funny is Big Brody, one of the guys whose wives Tyrone had some fun with. Big Brody has a bald head.

Well, despite the profanity, this one is funny too. — I noticed the one guy who keeps showing up with more bandages, but he still hangs around with Brody….. and this one made me laff (haw) (haw)

Where’s the humor, he’s about as funny as Tracy Morgan.

It’s not “him” that’s funny per se, it’s the reactions from his victims.

Yeah, I just woke up from a nap, checking out the news and what not, and I clicked on this video — while I’m still laffin’ it still is sort of disturbing — but i’m laffin’ (haw) (haw) ….

I think the “disturbing” element is part of what makes it so funny. It helps to haveva really warped sense of humor, as I have.

As he waited to be taken down to start his prison term, he was allowed a final minute
with his wife.

He said “Listen Susan, prison is a horrible place that changes people for the worse, and when I come out I doubt I’ll be the same man you know and love. For that reason, I don’t expect you to wait for me, so get on with your life and try and meet someone else who can hopefully be a father to our children. Most of all though, just stay strong and be happy.”

Due to increasing products liability litigation, American liquor manufacturers have accepted the FDA’s suggestion that the following warning labels be placed immediately on all varieties of alcohol containers:

WARNING: The consumption of alcohol may leave you wondering what the hell happened to your bra and panties.

WARNING: The consumption of alcohol may make you think you are whispering when you are not.

WARNING: The consumption of alcohol is a major factor in dancing like a retard.

WARNING: The consumption of alcohol may cause you to tell your friends over and over again that you love them.

WARNING: The consumption of alcohol may lead you to believe that ex-lovers are really dying for you to telephone them at four in the morning.

WARNING: The consumption of alcohol may lead you to think people are laughing WITH you.

WARNING: The consumption of alcohol may cause pregnancy!

A business man got on an elevator in a building. When he entered the elevator, there was a blonde already inside and she greeted him by saying, “T-G-I-F” (letters only).

She looked at him, puzzled, and said, “T-G-I-F” again.
He acknowledged her remark again by answering, “S-H-I-T.”
The blond was trying to be friendly, so she smiled her biggest smile and said as sweetly as possibly “T-G-I-F” another time.
The man smiled back to her and once again replied with a quizzical expression, “S-H-I-T.”

The blond finally decided to explain things, and this time she said, “T-G-I-F, Thank Goodness It’s Friday, get it?”
The man answered, “Sorry Honey, It’s Thursday.”

Rocky, off subject, but this question is the result of having a triple adult beverage before bedtime which caused me to wake up this morning with the phrase “maple slurple” running thru my head and it won’t go away until I have the answer to this question — what is the schoolyard ditty that phrase comes from?

Doesn’t he know he can still have his Facebook in prison, he just needs to make the right contacts.

With that bulge he will not stay alone…..

“He has been romantically linked in the past to numerous Palmetto luminaries – including Haley and Southern Charm star Kathryn Dennis.”

I wonder if T-Rav feels like he’s humping the Grand Canyon.

You have to hand it to Pudgy, he scores some decent looking women even though he looks like a younger version of Rodney Dangerfield.

It doesn’t hurt to have a Donkey Dong either though.

I believe the term is, “throwing a hotdog down a hallway”… T-Rav probably has to do circles to have any sensation.

This douche in federal prison and Nelson Hardwick with his dick in a jar on the mantle while his wife makes him pay for sexually harassing ALL those young girls (younger than his kids), almost makes a guy believe in justice. The arc of Thad viets nasty dick bends towards justice. Squeal piggy squeal.

Thad Viers Prison Diary (Day One) —
———————————————–
I was crashing violently on the craggy rocks of a shore called Loneliness and Despair. My emotions tugged on heartstrings that had been left untuned and slack for so many years, and a mixed-up kaleidoscope of days gone by flooded my soul.

When I first met her, she was a broken woman, and I guess that’s what I like about her. I didn’t have to waste a lot of my time and energy tearing her down and shredding her self-esteem so she would do my bidding without regard for matters of her own pride or welfare.

So Alexis is a “Nurse Injector of Botox/Dysport and Dermal Fillers” so she’s basically a nurse with a caulking gun??? Sounds like a big title for a minimal skill job. Not that I wouldn’t hit that like a retard on a drumset and give her the best 46 seconds of her life.

Are you familiar with Alex Jones’ “InfoWars”, site. Their tag line is, “Because there is a war on for your mind”, or words to that effect.

Transfer that to prison, where poor old Thad hears from the other inmates, “there’s a war on for your bung hole”.

Thad Viers Prison Diary (Day Two)
———————————————
(morning) —
The welcome I received is heart-warming. Already some of the guys have invited me to join their sports team. They even gave me a book with the rules and techniques of the best methods to get the most enjoyment out of playing. The book is “Basic Principles of Marathon Leapfrog.”