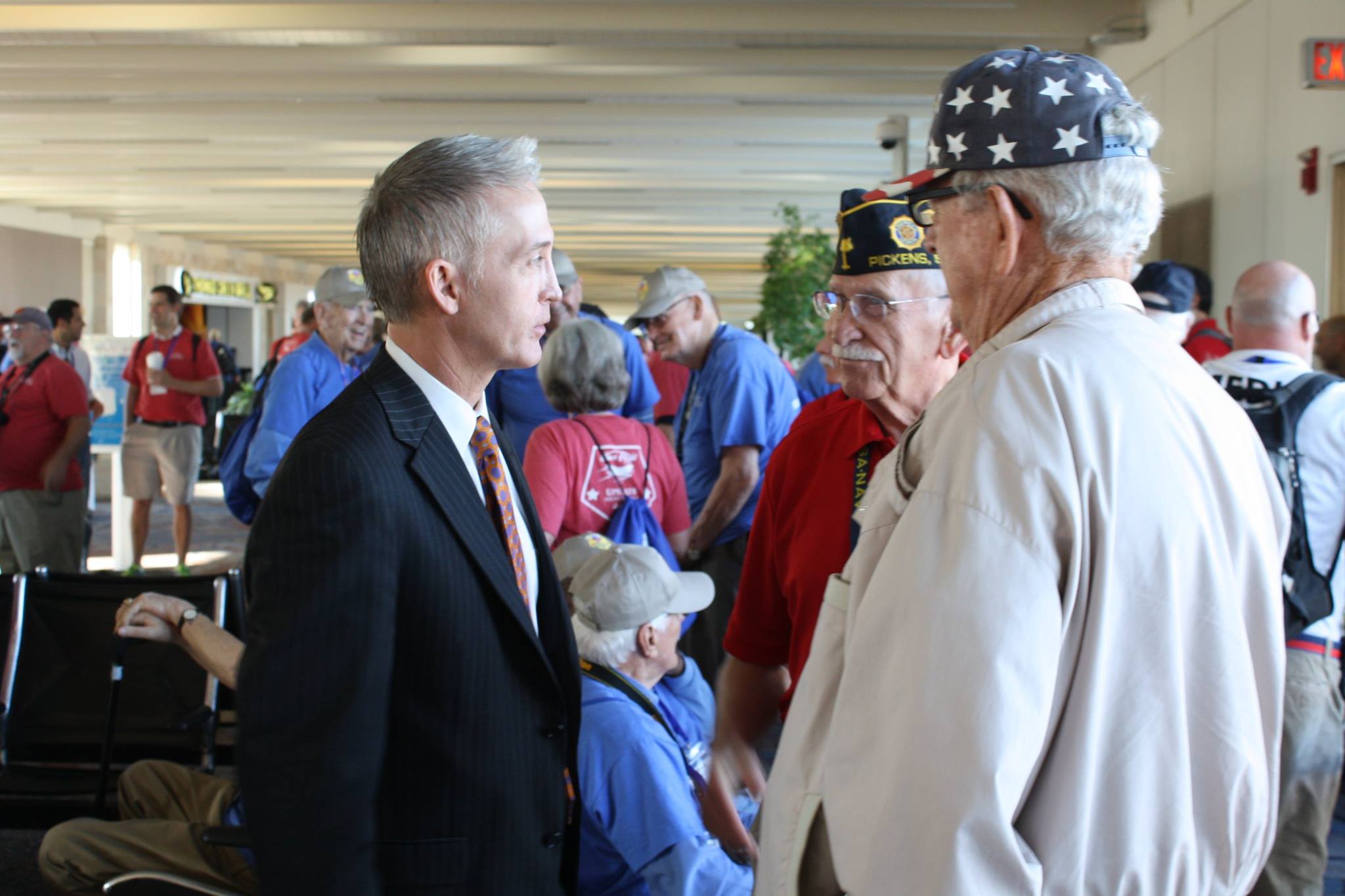 SOUTH CAROLINA CONGRESSMAN IN THE MIX FOR TOP “REPUBLICAN” POST

|| By FITSNEWS || U.S. Rep. Trey Gowdy is a leading candidate to become the next “Republican” majority leader in the U.S. House of Representatives.

“Trey Gowdy as Majority Leader would be heaven-sent,” U.S. Rep. Jason Chaffetz of Utah said during an appearance on Fox News this week.  “I think that the Republican Conference needs somebody who can unite the body and represent us far and wide and articulate the message …. Trey Gowdy is the best person, and having spoken to him, I actually think he’ll do it.”

Another lawmaker – U.S. Rep. Mia Love of Utah – publicly endorsed Gowdy, saying he had “impressive communication skills, genuine compassion and the tenacity of a prosecutor.”

“Trey will stand up and speak out for the conservative principles and conservative policies that will capture the imagination of hardworking Americans and unleash the power of American exceptionalism,” Love said in a statement. “Trey will also not shy away from shining a light on the falsehoods and failed policies of the Obama administration. Congressman Gowdy is respected across the political spectrum and will help create clarity and focus for Republicans to lead the country into a better, brighter future. I invite my colleagues and Americans everywhere to join me in drafting Trey Gowdy for Majority Leader.”

The current “Republican” majority leader – liberal California lawmaker Kevin McCarthy – is the odds-on favorite to replace John Boehner, who moved the GOP to the left on a whole host of issues after he became Speaker in 2011.  Few believe McCarthy will change Boehner’s policy of accommodation in dealing with the administration of U.S. President Barack Obama.

In fact the race over the “Republican” leadership positions is exposing the widening rift in Washington, D.C. between GOP officials who favor limited government, expanded liberty and free markets and those like Boehner and McCarthy who don’t.

As Gowdy’s prospects gain momentum, another lawmaker is dropping out of the race.

Liberal U.S. Rep. Cathy McMorris Rodgers of Washington State – the fourth-highest ranking “Republican” in Washington, D.C. – said she would not seek the position.  That leaves Gowdy and two other lawmakers – U.S. Reps. Steve Scalise of Louisiana and Tom Price of Georgia – in the running.

Assuming he doesn’t get the gig, Gowdy has a nice possible fallback … chief justice of the S.C. Supreme Court.  Beyond that, his name is also discussed with increasing frequency as a possible 2018 South Carolina gubernatorial candidate.

UPDATE: Gowdy’s out of the race for “majority” leader.

Mick Mulvaney Weighs In On Trey Gowdy For Majority Leader