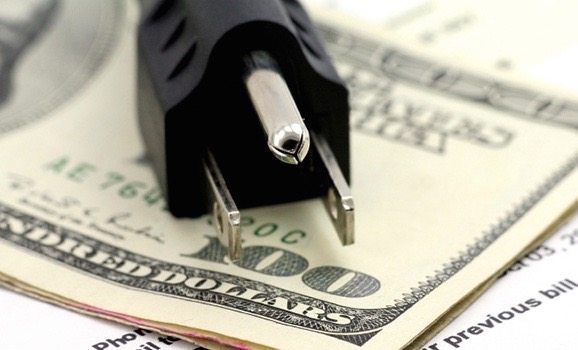 But before a bunch of recalcitrant enviro-radicals play the ad hominem “Big Coal is Biased!” card, let’s consider a few things.

First, income levels are falling (especially when you adjust for inflation).  And poor people do pay disproportionate percentages of their income on energy costs.

These’s aren’t industry opinions, they are established facts – confirmed by reams of data (including government data).  So while “Big Coal” may indeed be biased, it’s not like the industry is talking out of its hindquarters on these particular points …

Don’t believe us?  Educate yourself …

Nor is “Big Coal” alone in arguing that the latest installment of U.S. president Barack Obama‘s eco-radicalism – an effort to shutter power plants across the country – is only going to exacerbate the problem.

“Too many Americans suffer from energy insecurity; they cannot afford the energy required to heat or cool their homes or secure other basic needs such as refrigeration,” Scott and Murkowski wrote at the time.

In fact, their report argued a ten percent increase in nationwide energy costs – which is a low-end estimate of the damage of Obama’s proposals – would plunge 840,000 additional Americans into poverty.

And yes, poverty in America is already at record levels.

“American families should not be forced to choose between affording groceries and heating their home,” Scott said.

Scott should know.  The people he represents are more vulnerable than most.

According to data from the U.S. Energy Administration, Palmetto State residents – among the lowest income earners in America – pay 12.52 cents per kilowatt of electrical power.

That’s the highest rate in the south, people.

And beyond the widening and deepening of poverty … let’s not forget how higher energy costs will continue squeezing what’s left of the middle class.

For those of you early voters in South Carolina, Democratic frontrunner Hillary Clinton has vowed to push forward Obama’s mandates if she is elected, while the vast majority of the GOP field – including establishment choice Jeb Bush – oppose the plan.