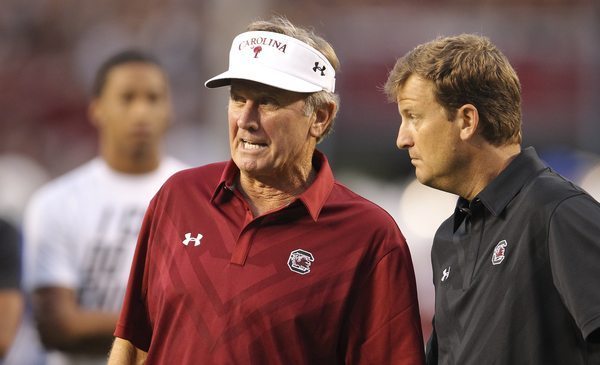 HEAD BALL COACH GETS NO SYMPATHY …

You know … the team that has gone 1-22 against the rest of the conference over the past three seasons.

Spurrier has been especially sensitive about his age in the aftermath of South Carolina’s 7-6 season a year ago – arguing that no one questioned his age when the Gamecocks reeled off three straight 11-win seasons from 2011-13, an unprecedented run of success.

The 70-year-old coach has said he plans on patrolling the sidelines for another five years in Columbia, S.C.

Connor Mitch Out For The Season