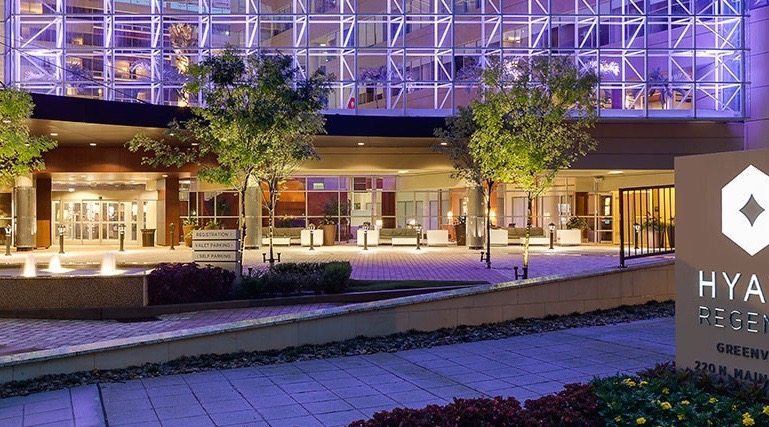 … STOP US IF YOU’VE HEARD THIS JOKE BEFORE

S.C. attorney general Alan Wilson was supposed to clean all that up … although as we’ve reported previously his record on the anti-corruption front is mixed (at best).

Anyway, Wilson was invited (or depending on who you ask, invited himself) to give a speech at last weekend’s meeting of the “Republican” House Caucus in Greenville, S.C.

What did he say?

Good question.  Accounts of Wilson’s remarks are all over the map – with initial reports from lawmakers indicating the state’s top prosecutor offered a “Mea Culpa” of sorts regarding last year’s high-profile spat with former S.C. Speaker of the House Bobby Harrell (who is back in the news this week).

Words like “apologetic,” “subservient” and “reserved” were used … which is curious considering Wilson recused himself from Harrell’s prosecution, handing the case off to S.C. first circuit solicitor David Pascoe.

Other lawmakers found Wilson’s remarks “confusing” – especially a reference to a recent movie date with S.C. Speaker of the House Jay Lucas (the two politicians reportedly saw “Jurassic World” together).

Countering those narratives?  Background comments from multiple other attendees at the Greenville Hyatt last weekend – who informed us our legislative sources were off-base in their criticism of Wilson’s remarks.

Then there’s the response we received from Wilson’s office – issued on-the-record (and accompanied by a challenge to lawmakers who dissed his performance to say so publicly).

“He was invited to talk to the caucus and he accepted the invitation,” Wilson’s spokesman Mark Powell told us. 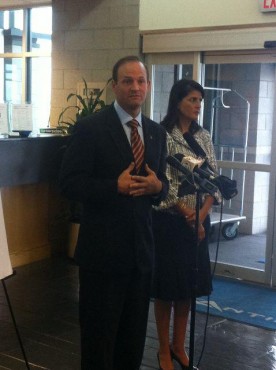 According to Powell, “there had been a lot of rumors and misunderstanding” within the legislature regarding Wilson’s role in the prosecution of Harrell (and possibly other members of the S.C. General Assembly).

“For two years he had been unable to tell his side of the story – meaning the steps he took and why he took them,” Powell told us.  “This was an opportunity to explain the criminal justice system to them and his role in that system as it related to this case.”

According to Powell, Wilson identified three groups of GOP lawmakers during his remarks.  The first group?  Those who came up to him after the Harrell probe to apologize and say “I now understand why you did what you did.”

To those lawmakers, Wilson reportedly said “I accept your apology.”

The second group of lawmakers was described by Wilson as “confused,” according to Powell.  To them, Wilson reportedly said he understood why they “stayed silent.”

The third group of lawmakers Wilson reportedly described as being “still mad at me.”

His message to them?

Powell also emphatically disputed accounts that Wilson apologized for his role in taking down Harrell.

“In no way was his tone subservient and at no point did he apologize,” he said.

Not only that, he passed along a direct challenge from Wilson …

“Dare your sources to go on the record,” he said.  “That’s straight from the A.G.”

One point on which there was universal agreement, though, was that Wilson specifically referenced the neo-Confederate consulting empire of Richard Quinn and Associates in his remarks.  “The Quinndom” controls Wilson’s political destiny – along with the political destinies of dozens of South Carolina lawmakers.  In fact Wilson’s connection to this network is rumored to be behind his recent decision to recuse himself from additional aspects of the ongoing federal-state investigation of legislative corruption.

Specifically, Wilson told lawmakers that the Quinndom – specifically S.C. Rep. Rick Quinn – did not “put him up to” the prosecution of Harrell as part of an insider power play.

Our thoughts on all this?  Eh …

Frankly the sniping back and forth between Wilson and lawmakers over insider conspiracy theories doesn’t interest us all that much.  It’s ego.  Penile measurement.

The proof of Wilson’s commitment to eradicating public corruption in the Palmetto State will be in the pudding, as they say, and so far the only public corruption he’s eradicated has accrued directly to the benefit of his political overlords.

The real corruption?  He’s taken a pass on that …

Wilson is viewed in many circles as a frontrunner for the “Republican” gubernatorial nomination in 2018.  If he is to win that nomination, though (to say nothing of the public trust), then he’s going to have to shed the “selective enforcement” stigma that’s enveloped his office and start cracking skulls indiscriminately.

In other words as we said months ago, his job is not finished.  Not even close.