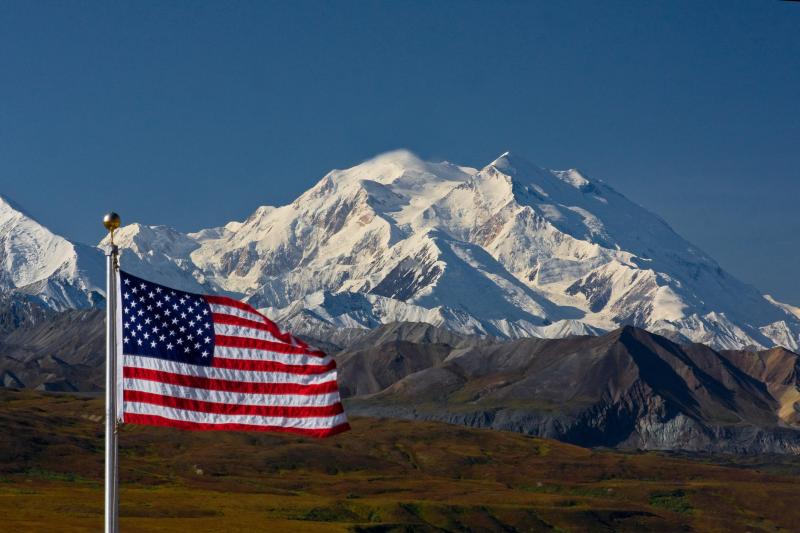 || By FITSNEWS || U.S. president Barack Obama has renamed the tallest peak in North America … but not without controversy.

In anticipation of a visit to Alaska, Obama has changed the name of 20,237-foot Mount McKinley to “Denali,” which means “the high one” or “the great one” in Athabascan.  That’s the most popular of several local Native American names for the peak.

“This designation recognizes the sacred status of Denali to generations of Alaska Natives,” a statement from the White House noted.

Originally named “Densmore’s Peak” after a local gold prospector named Frank Densmore, the mountain was called McKinley in 1896 by another gold prospector, William Dickey.   Dickey’s motivation?  Sticking it to silver miners.  McKinley, then governor of Ohio, was campaigning on a gold standard for America’s currency.  His rival, William Jennings Bryan, supported “bimetallism” – or the use of silver and gold.

“Sooner or later it all comes down to money,” right?

McKinley won the 1896 election and four years later America formally adopted the gold standard.  A year after that, though, McKinley was shot twice in the abdomen by a Polish-American anarchist named Leon Czolgosz.  After initially surviving the attack, McKinley died of an infection eight days later.

Efforts to get the federal government to change the name of the peak proved unsuccessful, though, as lawmakers from Ohio – most notably former U.S. Rep. Ralph Regula – insisted the government continue to honor the memory of McKinley, a native Ohioan.

“This landmark is a testament to his countless years of service to our country,” Gibbs said in a statement supporting his position.

Do we care what this mountain is called?  No.  And unless you live in Alaska (which already changed the name to Denali), neither should you.  In fact if you ask us, Denali is a much better name.

Still, it seems as though Obama has once again totally usurped an ongoing debate within the legislative branch of government – appropriating authority unto himself that ought to rest with the people’s representatives.  In this case, the end result isn’t especially egregious (at least not to us) … but it’s the principle that matters.

Drama In The Heart Of Dixie

Watchdog: EPA On The Attack