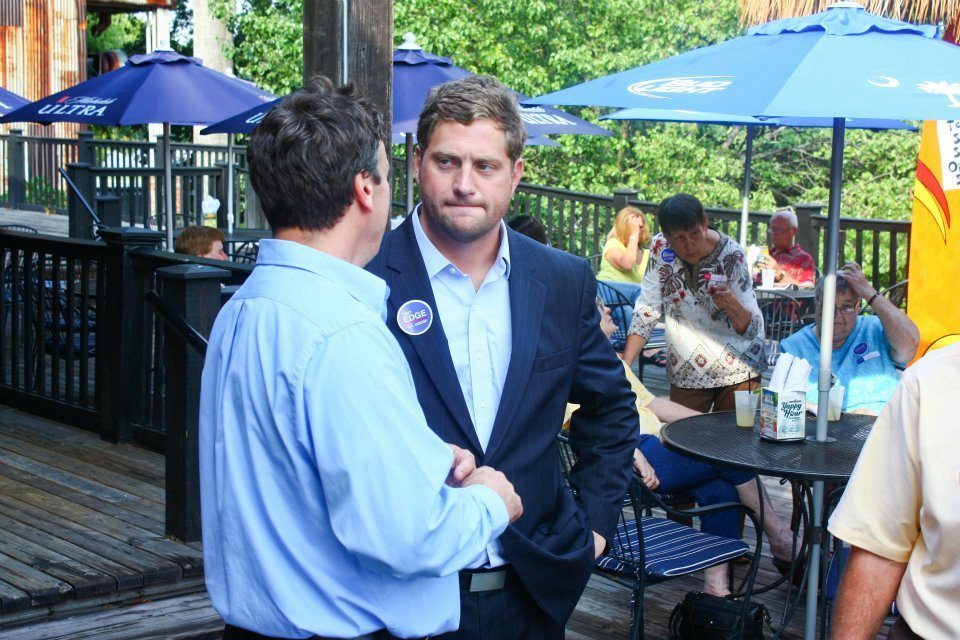 || By FITSNEWS || A scheduled sentencing hearing for former S.C. Rep. Thad Viers won’t be held this week after all …

Viers, 37, was supposed to appear before U.S. District Judge Bruce Howe Hendricks on Wednesday in Florence, S.C. to learn his fate related to a money laundering charge he pleaded guilty to back in April.  Thirteen other charges against Viers were dropped when he entered his plea – all of them related to his dealings with a shady paving contractor looking to hide more than $500,000 worth of assets from an insurance company seeking to collect on a $6 million debt.

That contractor, 55-year-old Marlon Davis Weaver, was sentenced to 12 months and one day for his role in the scam – and ordered to repay $1.2 million.  Another co-defendant – Conway, S.C. pastor Archie Larue Evans – got seven years in jail.

Hendricks could send Viers to a federal prison for up to ten years and fine him up to $250,000.

So … what’s the reason for the delay in his sentencing?

According to court documents, Viers’ attorney says more time is needed to “narrow the issues between the parties and to prepare adequately for sentencing.”

The attorney added the court must consider other factors which “involve persons and locations outside the local Florence Division or otherwise require additional time to gather.”

The hottest rumor on the coast?  That Viers is working with prosecutors in their ongoing investigation of the infamous “Coastal Kickback,” arguably the most brazen campaign finance scandal in South Carolina history.

In the spring of 2009, hundreds of thousands of dollars in campaign cash were funneled through a fabricated network of corporations to select politicians in exchange for their support of a local tax hike. The entity accused of orchestrating the scam?  The Myrtle Beach Area Chamber of Commerce – which controls the revenue from the tax hike (an estimated $20 million a year).

In addition to allegedly setting up its shadowy contributor network, the chamber has also been accused of steering proceeds from the tax hike to businesses that supported it – without any transparency or competitive bidding process.

In the spring of 2010, the scandal appeared on the verge of being swept under the rug – but local activists kept making noise and blogs like FITS kept applying pressure. Eventually the local mainstream media picked up the scent – and the feds launched their investigation in June of 2010.

Viers was one of the current or former state lawmakers who received funds through the Coastal Kickback.  Others included fiscally liberal S.C. Senator Ray Cleary and State Rep. Alan Clemmons.

We’ve been demanding accountability on the Coastal Kickback for years … only to be denied.

Will Viers be the one who delivers justice?