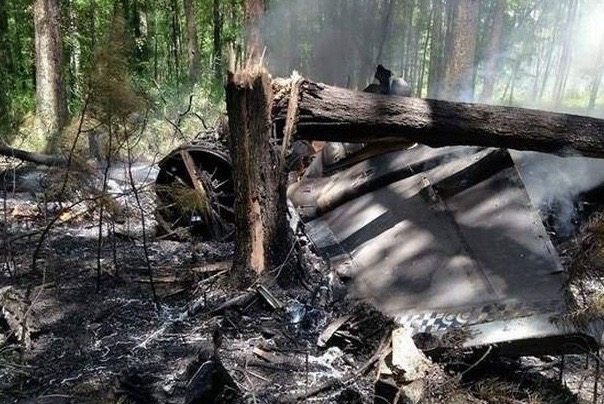 || By FITSNEWS || Two South Carolina residents – a father and his son – have been confirmed dead in the aftermath of this week’s mid-air collision between an F-16 fighter yet and a Cessna 150M.

Piloting the Cessna at the time of the collision was 30-year-old Joe Johnson of Berkeley County.  Emergency responders are still searching for his body.  His father, 68-year-old Mike Johnson, was the plane’s passenger.  His body has been recovered.

Both father and son lived in Pinopolis, S.C.  Joe Johnson was a former minor league baseball player.  His father was a retired teacher turned carpenter.

Also identified?  U.S. Air Force major Aaron Johnson, who was piloting the F-16 at the time it struck the Cessna – which had just taken off from the Berkeley County Airport.  According to military officials, Johnson was practicing “instrument approaches” at the time of the collision. He was taken to a medical facility at the military’s Joint Base Charleston for observation in the aftermath of the crash.

The National Transportation Safety Board (NTSB) is conducting an investigation into the crash – which occurred shortly after 11:00 a.m. EDT yesterday.

“We are in the very early phases of our investigation,” an NTSB spokesman told reporters.

The NTSB is reportedly combing a large debris field for clues as well as examining flight data from both aircraft.