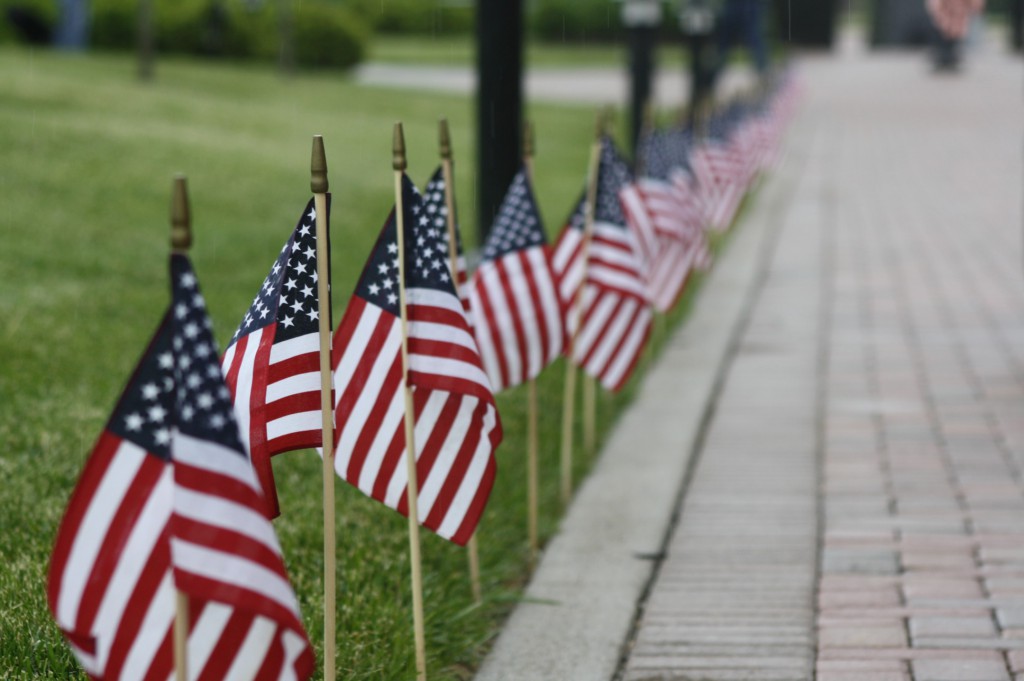 AMERICANS … WITH A CAPITAL “A”

|| By LEN ANTHONY || North Carolina Congressman George Holding sent his constituents an email containing a link to President Ronald Reagan’s speech celebrating the Fourth of July in 1986. It is worth watching and can be found here.

Reagan’s speech prompted me to ask myself what it means to be an American. Given our nation’s history and humble beginnings it strikes me that fundamentally being an American means being tolerant and accepting of others’ beliefs and opinions and willing to fight to protect each individual’s right to his or her beliefs and opinions.

The plaque on the Statue of Liberty reads:

Give me your tired, your poor, Your huddled masses yearning to breathe free, The wretched refuse of your teeming shore, Send these, the homeless, tempest-tost to me, I lift my lamp beside the golden door!

The Declaration of Independence declares:

We hold these truths to be self-evident, that all men are created equal, that they are endowed by their Creator with certain unalienable Rights, that among these are Life, Liberty and the pursuit of Happiness.

John Winger (portrayed by actor Bill Murray) expresses the same principle in the movie “Stripes” when he makes the following speech to his fellow Army recruits:

We’re all very different people.  We’re not Watusi.  We’re not Spartans. We’re Americans, with a capital ‘A’, huh?  You know what that means?  Do ya?  That means that our forefathers were kicked out of every decent country in the world. We are the wretched refuse.  We’re mutts!… But there’s no animal that’s more faithful, that’s more loyal, more lovable than the mutt.

As to be expected given our Constitutional right of freedom of expression, and being a melting pot, there will be disagreements. Debate is good. Positions should be challenged and defended. But it must be the positions that are challenged not the persons expressing them. We can disagree on a position or issue while demonstrating respect for the individual. The high road should always be the location where disagreements are resolved.

There will be instances in which one person’s exercise of his First Amendment right of freedom of expression will insult or offend someone else. That cannot be avoided. But the exercise of the First Amendment right of freedom of expression should not be used to purposely hurt the person with whom you disagree. That is not what Americans do with their freedoms. The current controversy regarding the Confederate flag is instructive.

The Confederate Flag can have several meanings, some good some bad. The good involves pride in our southern way of life, probably best expressed by Hank Williams, Jr. in the song “A Country Boy Can Survive.” Hank, Jr. sings:

“We say grace and we say ma’am, if you ain’t into that we don’t give a damn”.

Unfortunately, as one of our South Carolina state senators described it, the Confederate flag has been hijacked to express some bad things. One of the bad things is white supremacy and racial prejudice.

When someone displays the Confederate flag observers do not know the meaning intended by the displayer. However, it can safely be assumed that the displayer, regardless of his intent, knows some observers will perceive the display as intended to be hurtful and inflammatory. The displayer may assert that that was not his intent, that this is America and the First Amendment to the Constitution protects his right of expression and to display the flag. He is correct and everyone should respect that right if he chooses to exercise it. But the displayer should ask himself regardless of his Constitutional rights, knowing the Confederate flag is often seen as conveying a message of racial prejudice and intolerance, is displaying the Confederate flag consistent with our American values.

As Americans we do not attack someone because of the beliefs they hold, the color of their skin or the person they choose for their companion. Our beliefs may cause us to be labelled as Democrats, Republicans, Christians or Muslims.

The color of our skin may categorize us as white or black. Our choice of companion may determine our sexual orientation. But if asked who we are, we are Americans with a capital “A.”  As the greatest nation the earth has ever known America must set the example for the rest of the world.  Let’s do that.

Parents Of The Year?