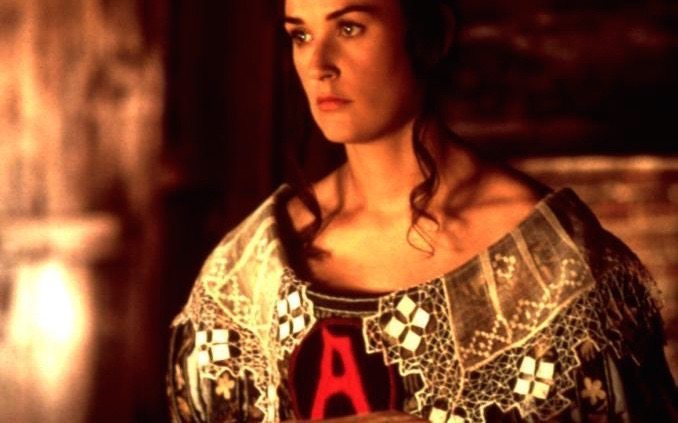 || By FITSNEWS || Former Florida governor and 2016 presidential candidate Jeb Bush believed in publicly shaming unwed mothers – citing Nathaniel Hawthorne’s The Scarlet Letter as precedent.  Not only that, in 2001 he refused to block legislation that would have required women who didn’t know the father of their child to publish their sexual history in a newspaper before giving their child up for adoption.

Wow.  Sounds like social conservatives Mike Huckabee and Rick Santorum are going to have some competition on their hands for the evangelical vote, doesn’t it …

Bush eventually signed a repeal of Florida’s so-called “Scarlet Letter Law” in 2003 – but only after it had been struck down by the courts.

“One of the reasons more young women are giving birth out of wedlock and more young men are walking away from their paternal obligations is that there is no longer a stigma attached to this behavior, no reason to feel shame,” Bush wrote in his 1995 book Profiles in Character.  “Many of these young women and young men look around and see their friends engaged in the same irresponsible conduct. Their parents and neighbors have become ineffective at attaching some sense of ridicule to this behavior. There was a time when neighbors and communities would frown on out of wedlock births and when public condemnation was enough of a stimulus for one to be careful.”

“Ladies and gentlemen, I hope you will join me in ensuring that this man is NOT the GOP nominee,” she wrote on her Facebook page. “Arguments of context related to the book aside, his actions as governor speak louder than ANY words he ever put on paper.”

“Parading a pro-life stance while simultaneously looking down your nose at unwed mothers is the definition of hypocrisy, plain and simple,” Neal continued. “Should we be encouraging women to have babies out of wedlock?  Of course not.  But public shaming them for CHOOSING LIFE is one of the most despicable things I’ve heard in a long time. If the GOP plans on winning elections, they might want to stop alienating groups of individuals that may be drawn to limited government, free market policies but feel unwelcome by your scorn from an ivory tower.”

We believe raising children in homes where both a husband and wife love them – and love each other – is the best environment there is.  But we’re not going to judge unwed couples, gay couples or mothers who choose to raise a child on their own.  In fact there are countless examples of unwed, gay and single parents who do a far better job of raising children than married heterosexual parents.

More to the point we agree with Neal that women who choose life should be celebrated – not shamed.

Does Bush still hold these unfortunate views?  It’s not clear …

His campaign did not respond to The Huffington Post‘s Laura Bassett – the author who uncovered Bush’s 1995 writings.