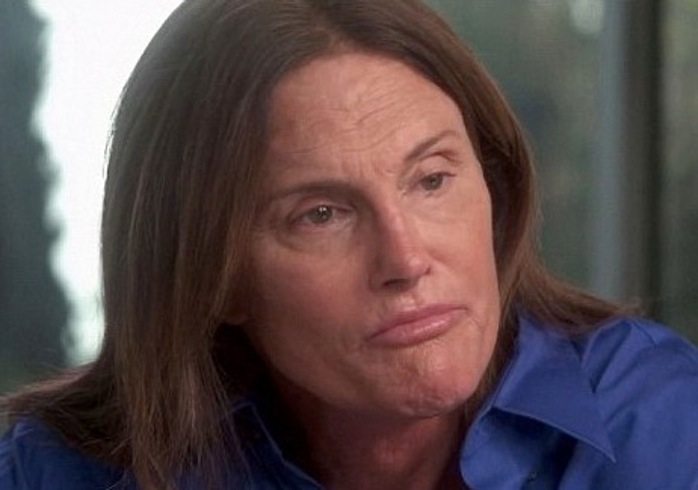 “LET’S JUST CALL PEOPLE WHAT THEY WANT TO BE CALLED …”

|| By MANDE WILKES || If social media is any barometer, tons of people are refusing to recognize Bruce Jenner’s new identity.  Is s/he a man, still?  A woman?  In which public restroom will s/he go to pee?  What of the state of his genitals?

These are the questions that roil people.  I don’t get it – I’ll give anyone, celebrity or civilian, the dignity of labeling themselves.  And I’ll acknowledge and adopt that label, because what good does it do me to argue?

But that’s just me – agreeble, loveable, go-along-to-get along. (Ha…)  I’m not looking to change minds, here, because that too is futile.  So dig in your (high) heels, I don’t care.

Consider this, though: President Barack Obama is half black . . . meaning he’s also half white.  Yet he’s universally regarded as the country’s first black president.  No one refers to him as half-black – he’s simply black.

Why?  Whatever the reasoning, I urge you to apply it to the Bruce Jenner debate.

For the slow-witted readers (and that lot is legion), I’ll spell it out for you.  The answer is that Obama refers to himself as a black person, and so we do too.  We don’t engage in protracted exegeses about his DNA or the precise level of melanin in his dermis.  Or the state of his genitals, which in this case too might be determinative.  He says he’s black, he appears black(ish), so we all just agree.

Because that’s the polite response, and therefore the correct one.

I mean, can you imagine if whole segments of the population started refusing to recognize Obama as a black man?  As it is I’m half-expecting the NAACP to send me a cease-and-desist in response to this article.

That’s ok, though.  A black man on Facebook commented on my photo, recently, that I could “pass” as a black woman. (It was a head shot, just … had this person glimpsed my backside, all doubt hastily would’ve cleared.)

Anyway, I’m side-eyeing this whole “debate.” Never have I seen such wily and concocted proclamations about God and his intentions.

Now I’m just another socially liberal Jew (passing as black…), but still.  Since we’re personifying God, here, I think he’d decree that embarrassing anyone stomps on the spirit of that whole “southern hospitality” thing – and so rather than be indelicate, let’s just call people what they want to be called.  Because what harm is there in that, really?