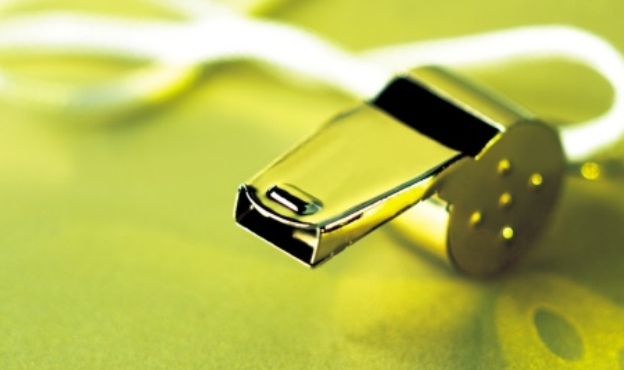 || By FITSNEWS || A Lowcountry, S.C. businessman looking to clean up local governments in his neck of the woods has offered a $10,000 cash reward to whistleblowers – assuming their information pays off in the downfall of a corrupt official.

Skip Hoagland – who has been waging a non-stop war against public corruption in Beaufort County, S.C. – says the reward money will be paid in exchange “for any info that leads to the arrest and conviction of any local Chamber or Beaufort county employee including all town employees within Beaufort county.”

“At 67 and semi-retired I feel this is the best way to give back to our community,” Hoagland wrote in announcing his bounty. “The best way to end all conflict is get rid of those who violate all of us trying to make an honest living.”

No argument there … in fact we wish every county in the notoriously corrupt Palmetto State had a tenacious, anti-corruption advocate like Hoagland (with a wallet to back up his convictions).

Earlier this month, Hoagland and his network of informants exposed an unadvertised, government-funded summer internship program run by Beaufort County – one in which paid positions were given to the daughter and future son-in-law of a county bureaucrat.

The program was terminated by Beaufort County administrator Gary Kubic after a whistleblower complained to Hoagland.

“This is an abuse of power by public officials and an inappropriate expenditure of public funds,” the whistleblower wrote.  ” Whoever signed off on this needs to explain why this has been allowed, when it is clearly wrong.  Is it fair that employees at the bottom of the totem pole are punished for small personnel policy infractions, while managers can do as they please?”

Having exposed some similar nepotism at the state level, we can appreciate small victories like this.  They don’t necessarily translate into huge taxpayer savings, but they send an important message to government officials.

That message? People are watching …

Nikki Haley’s No. 2 Bows Out

“BUREAUCRAT BOUNTY” is a Cockroach killer. Perhaps someone will fund “Legislator Bounty”

Individual who unseats a member of the House will receive $15,000

Individual who unseats a member of the Senate will receive $25,000

Paying a ‘bounty’ to people to lie about tax paying citizens and public officials?
Let me get this right. Fits throws his Ron Paul tantrum about NSA spying yet condones ‘marxist/soviet big brother’ tactics to turn your neighbor in for cash.
You can’t make this shit up.

The government is the government. Individual citizens are individual citizens. Thus, a private citizen using his or her own wealth to ferret out corruption, graft, and other gross violations of the public trust by public servants is a perfect example of a “free market” action.

Whether or not anyone lies in what they give to Hoagland is irrelevant. What is relevant is whether or not, as stated, the information leads to arrest and conviction.

I should not have to explain this shit to you, since you claim to be so damned smart.

So lying is ‘irrelevant’ to you as long as the information leads to arrest and conviction? Ya dumb fucker, YOU just posted this! LMAO!!!

The judgement against TSN and David Wren for libel established that the line between government(public officials) and individual citizans (private) no longer exists.

You pay a ‘whistle blower’ and they provide false information while defaming a government/public official and you CAN be sued for damages.

LMAO – An acronym standing for Laughing My Anus Off. It literally means laughing until your anus becomes detached from your body. It is a serious medical condition and must be treated AS SOON AS POSSIBLE.

For some of those who use it on here, I think it might mean Leaving My Anus Open.

For a lie to lead to arrest and conviction, wouldn’t we need inept and/or corrupt cops and prosecutors?
Not that I doubt that we have some of those in SC and the nation…

Good point…Boz questioned my IQ…how smart I am…unlike Boz I have never accused the mayor of Myrtle Beach of drunken driving (the mayor had to go on a local radio show to try and clear his name) NOR have I showed up at a local city council meeting in Myrtle Beach apparently appearing sloppy and sweating profusely-stammering and stuttering-demanding that the SAME mayor that he falsely accused of drunken driving “put us out of our misery” and resign.The council (including the mayor) apparently felt so sorry for him that they changed the rules they have for citizens to speak and allowed him to humiliate himself and make numerous false allegations for about 15 minutes-before laughing him out of the chamber.

Damn I wish I was as smart as Boz.

That’s just the way you twist my words. It’s not good to lie, but talking about people telling lies in this context is irrelevant to the matter at hand. It is about factual information being imparted which leads to arrest and conviction.

Nothing in what I stated is meant to suggest a lie is OK if it leads to someone going to jail. That’s your kind of thinking, not mine, since you have supported all manner of lies directed toward me, and even stated several of them as fact. Meaning you believe it’s OK to lie, if you perceive someone to be a political enemy.

/// The judgement against TSN and David Wren for libel established that the line between government(public officials) and individual citizans (private) no longer exists. ///

Again, you seek to present this as settled case law, even though you know this is not the case. Many times now, you have been challenged to cite, via a link, the definitive opinion on the matter which would prove that the appeals process has been exhausted and that stupid verdict even means anything at all.

So far, you have provided bupkis, other than your usual bombast, bluster and bullshit.

/// The judgement against TSN and David Wren for libel established that the line between government(public officials) and individual citizans (private) no longer exists.//

Absurd on the face of it. That’s far too important a matter to let one little verdict in one little case in Horry County SC completely change established case law on the matter.

Do you have any idea how stupid you appear when you say such things, pogo?

Like falsely accusing a mayor of drunken driving? That kind of stupid,buzzman? LMAO!!!!

I’ve apologized publicly for that, and we are now fine on every level. I support Mayor John Rhodes now, and recognize that he’s done much good for the area — as has the entire city council.

We have no continued beefs with each other, despite your incessant attempts to drive wedges again by dredging up the past. Too bad you’re just a nobody troll with a thousand fakes names, though, isn’t it? As a result nobody gives a shit about you or your opinions.

btw, what part of your own massive stupidy have you ever apologized for?

“stupidy” being a special kind of stupidity, you see.

No worries Boz.Not long for here with GT gone.This website is a ZERO without him despite fine folks like Thumper and Rogue-even Rocky when his fairy tales are factual..You all wanted GT gone-now he is.Result? This place is in the dumps.

Apologies? Well most of mine have been private-normal things with family and friends.Unlike you I have not lived a life in which I try and destroy others in my community with falsehoods and lies because I disagree with them politically or on an issue-so no PUBLIC apologies have been necessary.

Go is GT gone as in really gone, or is it something you guys cooked up? Something like the thousands of times you said you were leaving the SNOB or FITSNews forever, only to return with another name shortly thereafter. Or your BS about being “hacked”, “stalked”, “defamed”, or whatever.

That was nice Boz.I am at the Dog Track in West Palm Beach.Race #8.Put your favorite dress on cause I am gonna bet on “WW Blow It Up” in honor of you blowing up another opinion blog.

Sounds like more of your bullshit. You could be anywhere. Or nowhere at all. That’s the way it is when you are a non-entity of a troll, playing Sibyl.

But then again, I’ve adopted several greyhounds in my day, who would have been slaughtered by trainers if not rescued. Dog-racing is exactly the kind of inhumane, heartless sport a so-called “Christian” like you would be involved in.

What I figured.He took a shit on the track….and was slow out of the gate…barley finished…

‘barely’ finished…trying to be generous…

A noble idea for sure, but Mr. Hoagland should be careful. There are a bunch of swamps and water in Beaufort County and our coruptiticions don’t take well to being found out. He might end up “disappeared”.

I was thinking the same thing…but I noticed he’s retired. Any business man in state that was still actively in business that did this could expect a hoard of bureaucrats/agencies to descend upon him to find every little violation they could use to harm him and shut him up.

Still yet, I’m sure they’ll do digging on him…it’s just much harder if he’s “semi-retired” to hurt him.

Kudos to him, I think it’s honorable.

Jean Toal called and said if Hoagland messes with Tom Davis, he will have to answer to HER! She bought Tom last year and he still owes her a few favors before we in Beaufort County wake up and boot him out. Those Democratic Party votes Jean got her people to guarantee for him in his last election can go to the another bidder next time, Tom.

Arrest and conviction? LOL. Hoagland knows damn well he’s never gonna have to pay a dime of that “reward.”

Hmm….time to pay up. When citizens of Beaufort and Jasper County (along with Skip) realize how kickbacks and awards from Waste Management have been used STATEWIDE to expand landfill and permit Methane tapping scam lollipops instead of installing Plasma waste to energy converters in every subdivision to decentralize energy production…..LOOK OUT…!! The VA Burnpit fiasco class-action is just the TIP of the Titanic ICEBERG…!!!

We can’t wait for Skip Hoagland to actually use Google to track down some VA burnpit victims and have a photo-op in front of a Beaufort Landfill…I mean a JASPER County landfill…!! (wink)

Every Beaufort official that points the finger at DHEC is guilty…..!!!

Mr. Hoagland cares 0 about his community or gov’t waste. He has it out for all Chambers of Commerce, as he feels they steal from business opportunities he could partake in. I think he used to have $5 million bounty against them, again, which he would never pay if it came to it. Skip is selfish and looking for his ego to be stoked and FITS fell for it, hook, line, and sinker.