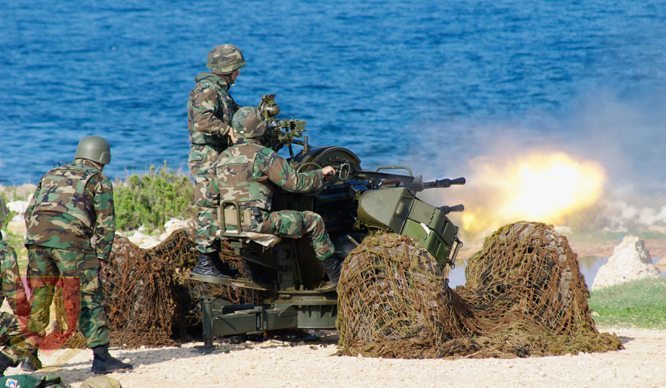 The method of execution?   According to South Korean intelligence sources, the military chief was placed in front of a ZPU-4 anti-aircraft gun and shot at close range in front of dozens of witnesses.

What did Chol do?  Apparently he fell asleep during a meeting … among other “betrayals.”

The execution – which reportedly took place back in April – marks the fifteenth time this year that a high-level North Korean official has lost their life for challenging Kim’s authority.  All told, Kim has executed more than seventy officials since taking over the country in 2011 from his late father, Kim Jong-il.

North Korea’s secretive regime was the subject of the comedic film “The Interview,” which portrayed Kim as an insecure, Katy Perry-loving man-child.  The U.S. government (and media) were duped into believing the movie prompted North Korean terror threats – although it was later revealed those claims were bogus.

The Pope Got This One Right