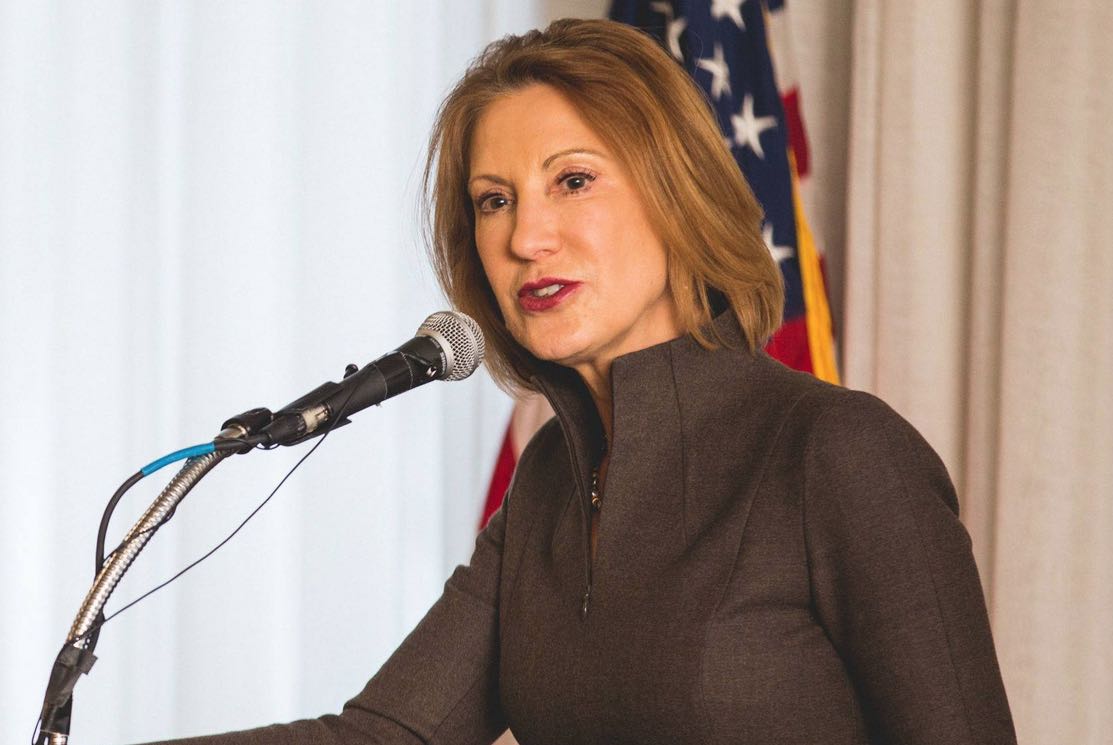 || By FITSNEWS ||  The lone female “Republican” actively mulling a 2016 presidential bid is not impressed with Democratic frontrunner Hillary Clinton‘s big announcement.  In fact she says the former first lady is “not the woman for the White House.”

Carly Fiorina – the former CEO of Hewlett Packard – acknowledged Clinton was smart, hardworking and experienced.  But she said Clinton was short on accomplishments – and couldn’t be trusted.

“I think our nation is at a pivotal time, so anyone who wants to be president or commander-in-chief needs a track record of leadership and accomplishment and trustworthiness,” Fiorina said.  “Hillary Clinton is a highly intelligent woman, hardworking, she’s dedicated her life to public service. But unfortunately, she does not have a track record of accomplishment or transparency.”

Fiorina blamed Clinton for failing to rein in Russian aggression – and for America’s “dramatically deteriorated” relationship with Israel.

We don’t necessarily share those opinions … but we do agree with Fiorina’s next line of attack.

“She told us for weeks after the purposeful terrorist attack in Benghazi that this was the result of … a demonstration gone bad, and now we learn that she has used a private email server and a private email system for the most sensitive of communications while she was secretary of state,” she said.

Indeed … Clinton’s email scandal is very bad.  And because it’s connected to the Benghazi scandal, it’s even worse.

“She doesn’t have a track record of leadership or trustworthiness,” Fiorina concluded.  “She’s not the woman for the White House.”

We concur … although our rationale for opposing Clinton is that she’s virtually indistinguishable from every other “Republican” crony capitalist and warmonger in Washington, D.C.  Which means electing her would differ only in rhetorical degrees from electing the vast majority of “Republican” presidential contenders …

Marco Rubio Is In …