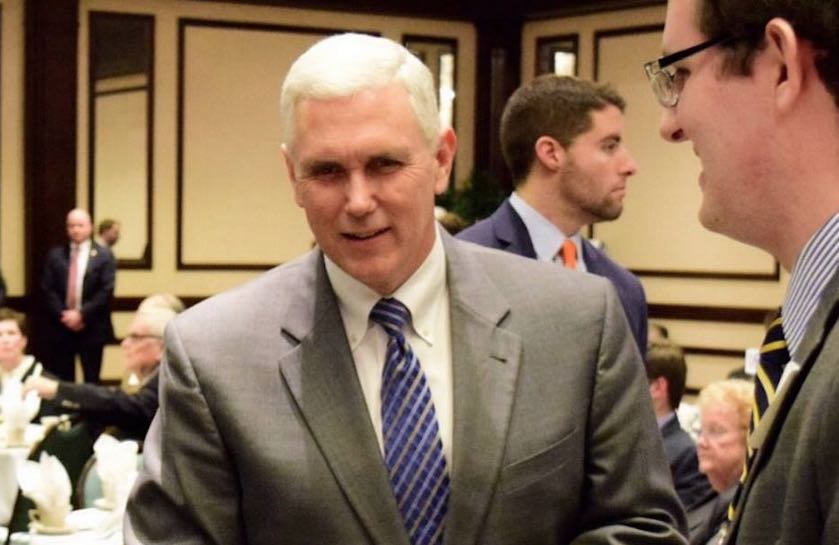 || By FITSNEWS || Mike Pence – the governor of Indiana – is in full-scale damage control mode as he attempts to mitigate a national uproar over a state law some say is discriminatory.  In fact Pence is seeking to make changes to Indiana’s “Religious Freedom Restoration Act” in the wake of the uproar.

“I’ve come to the conclusion that it would be helpful to move legislation this week that makes it clear that this law does not give businesses the right to discriminate against anyone,” Pence said during a press conference in Indianapolis – which is hosting the NCAA men’s basketball Final Four tournament this weekend.

The NCAA has threatened to boycott Indiana as a result of the law.

“We’re going to have to sit down and make judgments about whether or not it changes the environment for us doing our work and for us holding events (in Indiana),” NCAA president Mark Emmert said earlier this week.

In addition to hosting events in Indiana, the NCAA’s corporate offices are located in Indianapolis.

In other corporate news, Angie’s List – a company whose CEO Bill Oesterle was a major financial supporter of Pence – announced its decision last week to halt a planned $40 million expansion in Indiana.

“It’s very disappointing to us that (the bill) passed and was signed by the governor,” Oesterle said.  “We believe that the impacts of that bill on our ability to hire and continue to build a high-growth technology company are material and are inconsistent with the state’s activities to encourage growth.”

Pence said he didn’t believe the law was intended to promote discrimination.

“If this law had been about discrimination, I would have vetoed it,” he said.  “I don’t believe for a minute that it was the intention of the General Assembly to create a license to discriminate, or a right to deny services to gays, lesbians or anyone else in this state, and that was not my intent, but I appreciate that that’s become the perception.”

At issue is the basic right of a business owner to deny goods or services based on their beliefs … versus the right of the individual being denied to receive goods and services.

Should this even be an issue?  No …

Take the Indiana backlash … whether the outrage over the law is justified or not (we haven’t read the statute, so we can’t really say) Indiana is being forced to modify its behavior in response to market pressures.

That’s the beauty of the free market … and further proof it is a far more effective legislator of morality than, well, “legislatures.”

Having said that, we believe there is a strong case to be made in defense of those who support the law.  In fact we made their case in a recent post on the “other side” of the gay marriage debate.

“In stamping out one form of unfair discrimination our country cannot usher in another,” we wrote, referring to efforts aimed at mandating gay marriages (which is a whole lot different than permitting them).

But where should this line between competing liberties be drawn?  We’d love to issue a blanket statement: That any private entity should be permitted to provide (or refuse) goods or services to anyone on any basis … but such a position would in turn create a host of liberty-depriving situations.

What sort of circumstantial discernment, then, is required?

How can we best balance competing rights?