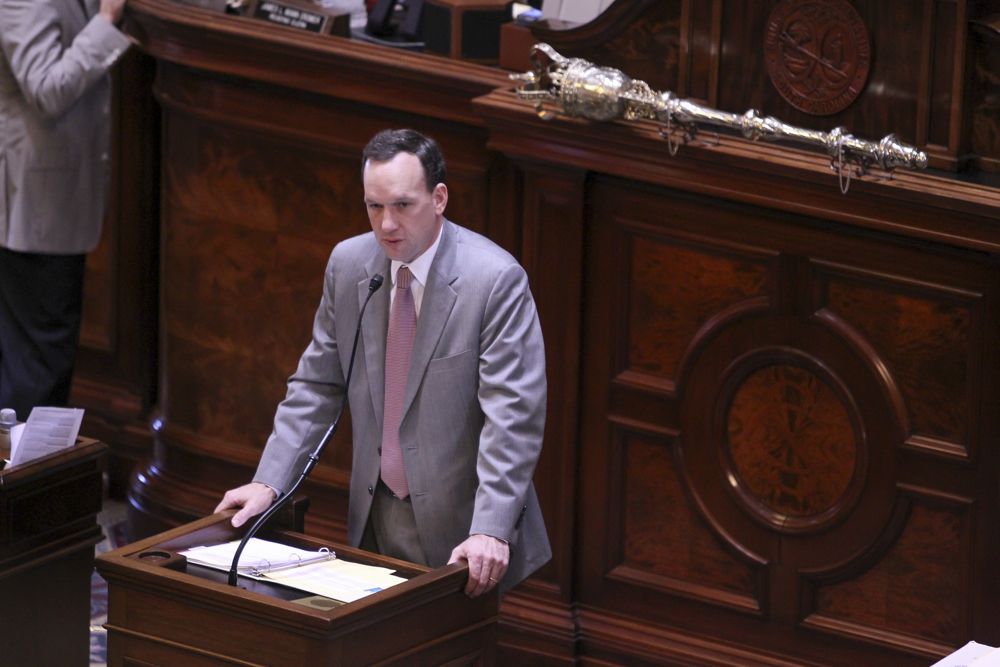 || By FITSNEWS || The majority leader of the S.C. House of Representatives may not have his title much longer after a chaotic budget week exposed deep divisions with the “Republican” caucus.

Bruce Bannister – already facing dissension in his backyard (Greenville, S.C.) – is now starting down an open rebellion after the GOP caucus failed to unite behind a controversial borrowing provision including in the upcoming (FY 2015-16) state budget.

“Bannister will not be majority leader as of next week,” one State House source told FITS, and multiple lawmakers quickly confirmed the sixth-term lawmaker’s seat was in jeopardy.

“I haven’t seen the coroner yet but his pulse is fading,” one legislative leader told us.

Well, in addition to spending an estimated $25.7 billion (a new record) on the state budget set to take effect on July 1 – GOP lawmakers wanted to borrow an additional $500 million for a variety of projects.  S.C. governor Nikki Haley blasted that idea, though, and vowed to veto such a borrowing provision.

Haley’s opposition to the borrowing is hypocritical – she supported a massive borrowing bill in 2013 as well as borrowing for corporate welfare king Boeing in 2010 – but she convinced a contingent of “Republicans” lawmakers led by Rick Quinn to support her play.

And Bannister couldn’t keep the troops in line …

Elected majority leader in 2012, Bannister was reelected to another two-year term last fall.

If he decides to step down of his own accord, he would be replaced by assistant majority leader Gary Simrill, who is viewed within the chamber as a top ally of new S.C. Speaker of the House Jay Lucas.  If Bannister is voted out of his position by the “Republican” caucus, there would be an election to determine his replacement.

Bannister would retain his seat in the House regardless.