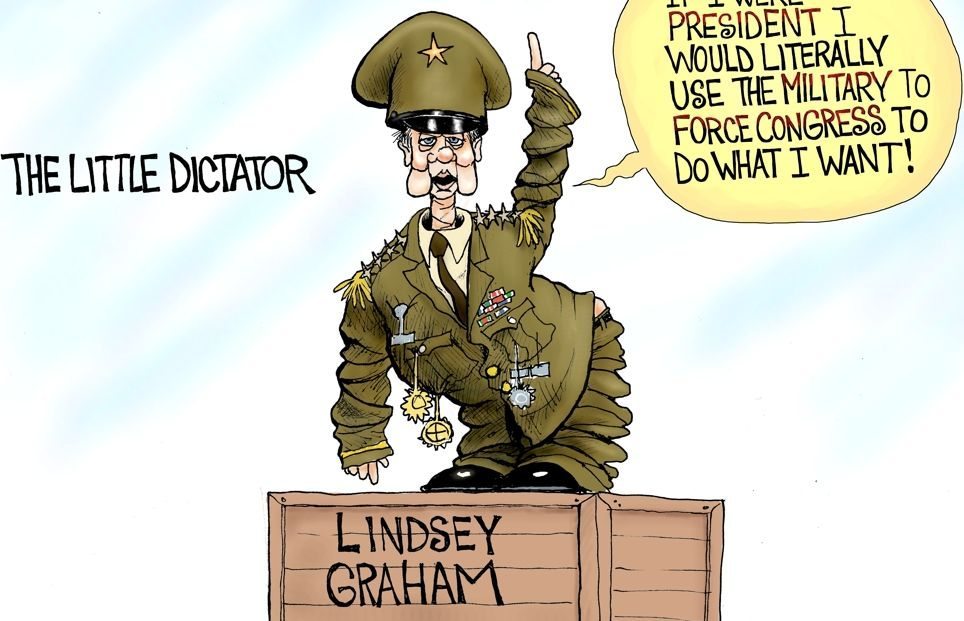 “LITERAL” COUPS NO LAUGHING MATTER … BUT THIS CARTOON IS FUNNY

|| By FITSNEWS || He says he was just joking, but U.S. Senator Lindsey Graham‘s recent comments about using military force to compel members of the U.S. Congress to keep pouring money into the nation’s military-industrial complex (and spy state) have struck a nerve …

One leading national group – Americans for Limited Government – has already called on Graham to resign over the remark.

Speaking to a group of New Hampshire “Republicans” earlier this week, the long-shot 2016 presidential candidate offered a frightening preview of what would happen in the event he were to occupy the Oval Office.

First of all Graham’s lying … there have been no military spending cuts.

But that’s not what this is about … it’s about an already dangerous and reckless warmonger totally crossing the line.  And after getting called out playing the “I was only joking” card.

Graham does joke … but he wasn’t joking in this case.  And even if he was, it’s totally out of line.

In addition to calling on Graham to step down, Manning also commissioned political cartoonist A.F. Branco to put the warmongering Senator’s comment in context. 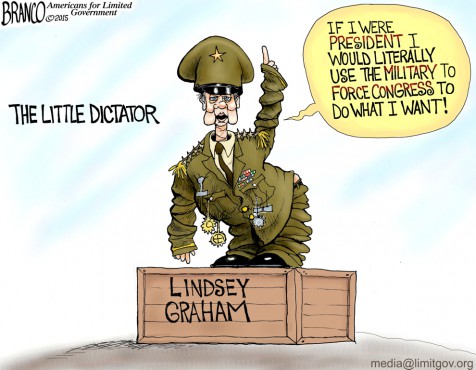 In fact it reminds us of our “Little Lindsey Soldier Boy” story from 2013.

UPDATE: Note to newspaper editors … Americans for Limited Government has authorized all South Carolina media to republish the Graham cartoon if they wish.

Clowns To The Left, Jokers To The Right