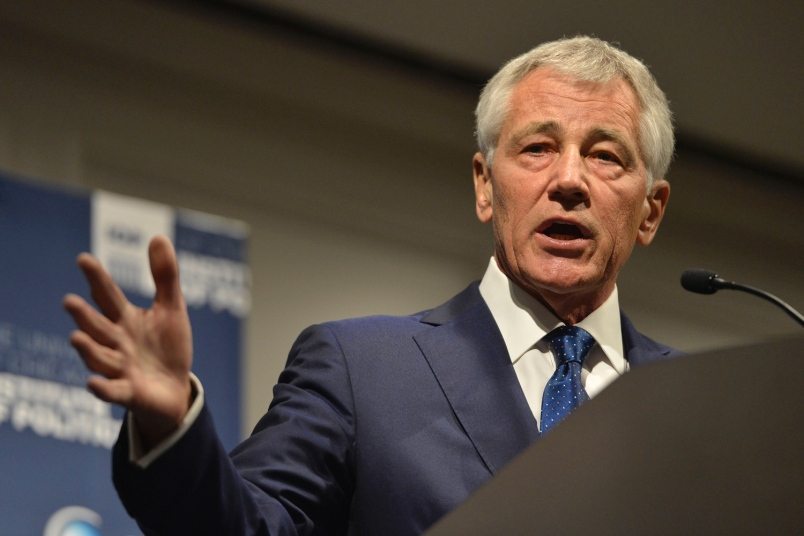 || By FITSNEWS ||  Poor Chuck Hagel. Despite his best efforts, the former Secretary of Defense wasn’t sufficiently “warmongerish” for the administration of Barack Obama.  Which is why he’s a “former.”

In the aftermath of the mushrooming scandal surrounding Hillary Clinton – who used a private email server to conduct official business as U.S. Secretary of State – it was revealed this week by NBC Washington that Hagel conducted official business on a “down low” account, too.

“The White House emailed (Hagel) at a private email address during his time in charge of the Pentagon,” the station’s report found.

It added that “on at least one occasion, in October 2013, White House Chief of Staff Denis McDonough wrote to a group of US Cabinet Secretaries” using Hagel’s private email address. 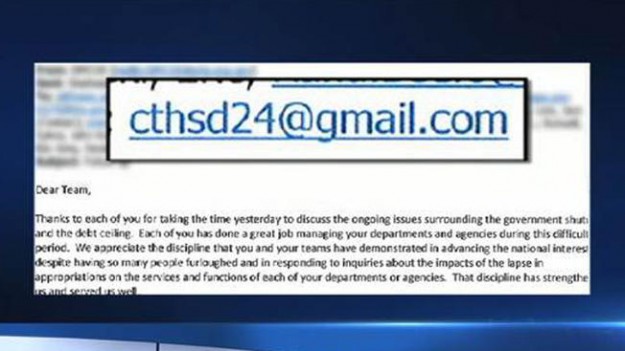 News flash, every politician probably does.

True. But it is soooo good to see the Dims taking heat for this. They gave the Republicans so much grief for the letter to the Iranians and they had done the same thing with Reagan, (Iran Contra) and Bush 43 (Iraq). Maybe this will stop Hillary but the MSM will cover for her if they can. Before long she will be saying “What difference dose it make?” and it will all go away. The Dims , MSM , and progressives circle the wagons and the Republicans form a circular firing squad. The more things change the more they stay the same.

Typical Repubnut BS. There is zero precedent for Senators writing a letter to a foreign country in an effort to undermine the authority of the State Department and President to conduct foreign policy. You can’t undermine the sitting President without affecting all future Presidents. I suspect this had done long term damage to the Country. These types of letters will now become common place from the minority party.

Don’t forget, a bunch of them now say – ready for this – they signed it while rushing out of the Senate to catch flights home early before it started to snow – and oops – they didn’t even read it.” Swear to God, these guys treat their jobs like part-time employment. They fly into DC on Tuesday morning, and leave early on Thursday to fly home. They spend Monday dedicating post offices, and Friday mornings eating free breakfast at the local Rotary Club. Do they ever work? Apparently – No!!!! And don’t get me started on the SC Legislature. “Party in Columbia – let’s get to it boys.”

They let their Obama hatred get in the way of common sense. Now, their letter is being used by Iranian hardliners to derail nuclear talks and push Iran to become a nuclear power.

This could end up forcing this country into an unnecessary war. But maybe the right wing of the Republican party wanted that anyway. They are not that different from radical islamists. Just a different religion.

Love to see you liberals w/ the ‘EVERYBODY DOES IT’ defense…

I think a lot of you Dem-Fans, like FITS, took a look at Hillary and figured out what I told you about her, and her chances…

But now that she’s on the run…you looked at the Democrat Bench (Biden, O’Malley and Warren) and you’re S#!tting all over yourselves in fear…

Because when you lose the White House, you’re DONE…A LOT of Obama Bull-$#!t will die a quick death…

This is already a none event. Hasn’t moved polling needle one inch.
GOP – “You had a private email address.”
Hillary – “Here, let me give them all to you.”
GOP – “OK”
Jeb to GOP – “ssshhhh!!! Don’t make a big stink, or we wont be able to use private email addresses if we win.”
GOP – “OK”
Women – “Stop Picking on Hillary or we’ll all vote for her.”
Lindsey Graham – “Uh, what’s an email? Can someone explain email to me?”
American Public – “What the heck are these morons talking about now”

So you are sticking with your prediction of President Hillary? Y or N?

Since you’re such a F*#king liar – like every liberal, …I would not compare anything with you…

Hillary…the Democrats are just STUPID enough to believe in her. But she will not have 110% -multiple-Voter numbers in inner-city precincts…

As I recall your predictions were:

I will let my record speak for itself. Get ready for President Clinton.

Just stumbled on this Republican Poll site. I wonder what all those + numbers beside Clinton’s name mean..

Yeah everyone does it. Reminds me of a lady in SC a few years back, was running for governor, and used private email address for all sorts of state business, then couldn’t find them. I think she won her election. I think you voted for her, right?