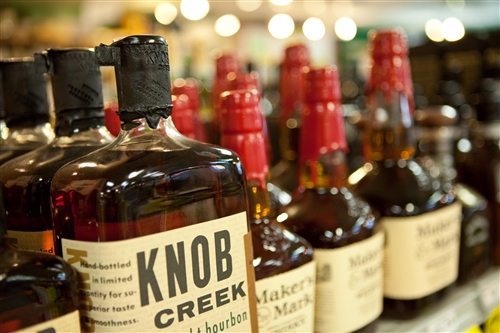 || By FITSNEWS ||  We don’t often admit we were wrong about something because let’s face it … we’re almost never wrong.  Seriously, it’s happens like once every February 29.

In a recent story discussing the revenue implications of legalizing marijuana for medical purposes (we support decriminalizing all drugs for medical and recreational purposes, btw), we made a very lazy statement.

Our goal was to demonstrate marijuana and other recreational drugs are not all that dissimilar to alcohol … and should not be unfairly regulated or unduly taxed.

So maybe it wasn’t so much a lazy “statement” as it was a lazy “sentence fragment, because we assumed “the way alcohol is regulated and taxed” in South Carolina was fairly straightforward.  Turns out it’s anything but.

Not long after we pressed “publish” on our latest pot manifesto, we received a call from one of our founding editor’s favorite lobbyists alerting us to H. 3375, a piece of legislation introduced by S.C. Reps. Bruce Bannister, Derham Cole, Jenny Horne, Murrell Smith and David Weeks.

This legislation purports to establish a new limit on liquor licenses in the state: One for every seventy-five hundred residents.  It also enables license holders to sell their state-issued certificates – provided a $5,000 fee from the sale goes to state government.

“You like those regulations and taxes?” she asked us.

Proponents tell us the new law is the “free market” at work … and they’ve reportedly even got a group of Upstate “Tea Partiers” lined up to make the argument.

But is it “free market?”  Having done some digging on this legislation, we’ve discovered it is yet another example of crony capitalism at its worst.

“There has been a lot of behind the scenes movement this session among some big box retailers and some of the nation’s biggest liquor distributors,” a source familiar with the legislation told FITS.  “They have retained a large number of lobbyists and consultants to try and influence the General Assembly into changing our state’s liquor laws in a way that would create several large monopolies.”

The prime beneficiary of the intended monopolies?  Walmart … which amid financial struggles is desperate to make good on its promise to create 4,000 new jobs in the Palmetto State by 2015.

According to our sources, the new liquor regulations have been written specifically for the big box retailer – which is hoping to boost its profit margins by selling liquor at each of its South Carolina “Supercenters.”

Another group pushing the change?  Total Wine and More – a Maryland-based company which has been under investigation by the S.C. State Law Enforcement Division (SLED) and which currently has a case pending before the S.C. Department of Revenue (SCDOR).

According to our SCDOR sources, Total Wine’s business model is built around defying state liquor laws so as to maintain an unfair competitive advantage over smaller retailers.  And they reportedly have some very, very cozy relationships at the department enabling them to continue their defiance at a minimal cost.

Needless to say these corporate behemoths have plenty of resources to pump into their fight.

“They are throwing so much money around it feels like video poker 2.0,” one S.C. State House insider told FITS, referring to prior well-funded efforts at legislative coercion.

Personally we don’t think state government should limit liquor licenses – period.  If South Carolinians wish to manufacture, distribute and sell spirits – then they should be allowed to do so free from regulatory overreach.  And their product should be taxed at the same rate as other products and services.  Furthermore, if Walmart wishes to carry liquor in its stores, we don’t think government should stop them from doing so – although that would probably be yet another “mom and pop” sector of the state’s economy that would bite the dust as a result.

But this legislation doesn’t strike us as “free market,” it strikes us as amending the state’s existing laws in an effort to gift-wrap an unfair competitive advantage to the major players in the industry at the expense of smaller and mid-size retailers.

Naturally we will continue to follow this debate as it progresses … specifically any amendments to the law.

We’re also in the process of preparing a Freedom of Information Act (FOIA) request with the S.C. Department of Revenue in an effort to get more information on Total Wine’s business practices within the Palmetto State.

@fitsnews A common libertarian position that always baffles me as it would lead to additional gov't revenues, which isn't very libertarian.