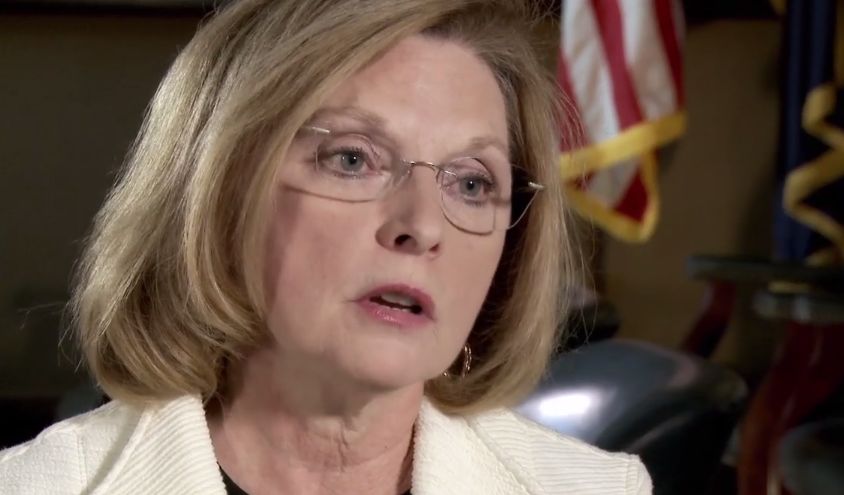 || By FITSNEWS || S.C. Senator Katrina Shealy appears in a new video urging her colleagues to pass S. 3 – legislation which would restrict gun ownership to those convicted of criminal domestic violence (CDV).

The Palmetto State ranks among the nation’s leaders in terms of the percentage of men who kill women – although the last high-profile domestic violence fatality involved a woman shooting a man.

Go figure.  Anyway, the CDV issue has been a major headache for “Republicans” in Columbia.  S.C. governor Nikki Haley in particular has been ripped for her “response” – which one Democratic lawmaker recently referred to as nothing more than “a 30-minute press conference and photo-op.”

Of course the real hypocrisy involves the case of Brad Eckstrom – son of S.C. comptroller general Richard Eckstrom.  His charges are getting dropped as part of a “pre-trial intervention” program – even though he stands accused of punching, kicking and grabbing his 29-year-old former fiancee Blair Pettrey by the hair, and dragging her across his mother’s home.

Anyway, we have no reason to believe Shealy is not well-intentioned in her advocacy on behalf of this legislation – just as we believe S.C. attorney general Alan Wilson (reference by Shealy in the clip below) is serious about his efforts.

Does that mean we think it should pass?

Any proposed restriction of gun ownership is serious business – and should not be entered into lightly.  And certainly first-time offenders (with no history of previous criminal violence) should not be subjected to such draconian consequences.