|| By FITSNEWS || On the one-year anniversary of arguably the most corrupt judicial election in South Carolina history, lawmakers in the Palmetto State are preparing for the “next round.”

S.C. Supreme Court chief justice Jean Toal – reelected in last year’s shadiness – must retire at the end of this year due to the state’s 72-year-old retirement threshold.  That means a new chief justice must be elected to fill the remaining nine years on her term.

This week, the state’s Judicial Merit Selection Commission confirmed “a vacancy will exist in the office currently held by (Toal) … upon (her) retirement on or before December 31, 2015.”

“(A) successor will fill the unexpired term of that office,” which runs through July 31, 2024.

The commission will accept applications for this unexpired term through 12:00 p.m. EDT on March 9, 2015 – with an election to be held in May.

Of course that’s where certainty ends …

Numerous “wild cards” – and all sorts of corrupt deal-making – will factor into the process moving forward.

The first “wild card?”  The status of associate Supreme Court justice Costa Pleicones, who unsuccessfully challenged Toal in last year’s legislative election.  If Pleicones runs again – as he appears inclined to do – he would likely be the frontrunner (more on that in a moment).

Were he to prevail, though, he would hit the 72-year-old retirement threshold in 2016 – which would set up another election for the remaining eight years on Toal’s term. 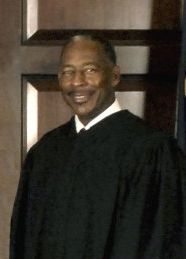 As this website has previously reported, Beatty is eager to accept a federal judgeship – and the administration of U.S. president Barack Obama is eager to give it to him.

The only problem?  U.S. Senator Lindsey Graham is holding up the deal – demanding that the other federal district court vacancy in South Carolina go to Spartanburg, S.C. attorney Donald C. Coggins.

So far there’s been no deal on Coggins, so Beatty’s ascension to the federal bench remains in limbo …

That’s apparently just fine with the S.C. Legislative Black Caucus – which wants Beatty to stay where he is so he can become South Carolina’s second-ever black chief justice.  That’s why caucus members are aggressively pushing the candidacy of Pleicones – knowing that if he wins this year’s election, Beatty would be next in line for the chief justice position from a seniority standpoint.

Were Beatty to bolt, the next in line would be associate justice John Kittredge – who is widely viewed as the most (and really the only) conservative member of the court.

Another wild card?  John C. Few – the chief judge of the S.C. Court of Appeals, the state’s second-highest judicial panel.

According to our sources, Few sees his window of opportunity closing and is likely to make a play for the seat he’s always coveted.  Of course there is rampant speculation that personal issues from a failed 2009 candidacy could derail Few’s bid before it begins.

We’ll have to wait and see how that pans out … although his supporters are adamant he is ready for a spot on the bench.  In fact they argue he would provide the high court with a needed voice against judicial overreach.

“Few is a solid conservative who doesn’t believe in judicial activism,” one Few backer told FITS.  “Given the recent school funding decision and its gross overstepping of judicial authority, we need justices like John Few who understand the constitutional limits on the judicial branch.”

Obviously stay tuned to FITS to find out who files …

Finally, we’d be remiss if we didn’t mention – again – that the process by which judges are selected (and elected) in South Carolina is in dire need of reform.  The Palmetto State is the only state in the nation in which lawmakers pick the slate of judicial candidates – and then vote on them.

That process has proven to be inherently corrupt … and we would once again call on reform-minded lawmakers to propose an alternative.