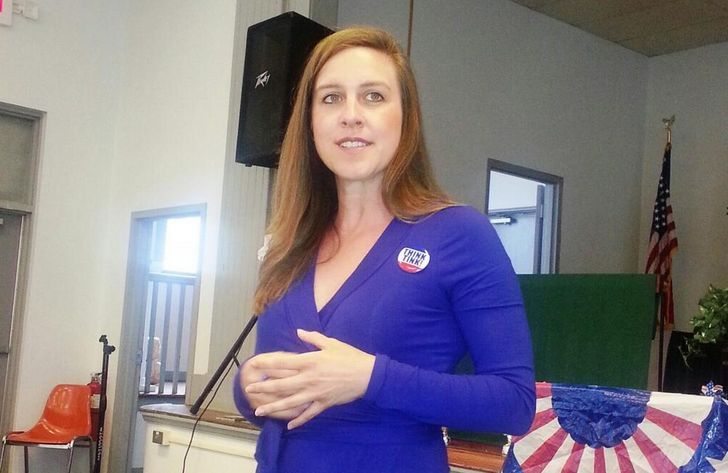 By TAYLOR BROWN  ||  I would like to congratulate the “breath of fresh air,” Mary Tinkler (D-SC House 114), who has replaced former S.C. House Speaker Bobby Harrell (R-also of Charleston) as the representative for this Lowcountry legislative seat.

Now looking past the fact Tinkler has no experience in politics – being a realtor is now somehow enough to get you elected apparently – she’s basically the Sally Atwater of the State House (relying on the more important members of her family and her given name to get votes).  Good for her.  I’m pretty impressed by that method – it’s got to work to get someone into an office outside of the British royal family, right?

Going to her campaign website under the “contact” tab, you can find her address listed as P.O. Box 366 Charleston, SC 29402. I believe this is where you can send her your “congratulations!” cards or balloons.

However, as the law mandates, she’s also required to disclosure of all of her public filing – contributions, expenditures, and the like.  What’s interesting is that not only is Tinkler relying on her father’s name to get votes, but she’s also relying on her father’s property as the address of her legally-binding public disclosure.  The address listed on the individual report is 1286 Winchester Drive in Charleston. According to property documents, this residence belongs to her father – Paul Tinkler.

What’s even more remarkable (or ironic), is that Tinkler included transparency as one of the issues on her campaign website …

Show proof of receipts for all campaign expenditures/reimbursements on ethics filings.  Legislators must understand that campaign money is not their personal money.  We have consistently seen elected officials use campaign funds without disclosing proper documentation.  We must stop this abuse of power and put stringent measures in place to ensure transparency.  If legislators have nothing to hide, they should be required to prove it.

To be fair, I’m not entirely sure this woman has even read her own website or is acting on her own accord – as she needed Daddy to escort her around the State House during a recent orientation session like a child on her first day of pre-school.

Moreover her father – who is running for mayor of Charleston – ALSO has his original campaign filing listed under the same P.O. Box used by Tinkler.  A quick Googling of the address affiliated with this P.O. Box reveals it is associated with Paul Tinkler’s law office (154 King St, 3rd Floor, P.O. Box 366 Charleston, SC 29402).

Yes, it’s my job as a Republican to take out Democrats, but this sort of questionable reporting goes beyond party lines and strikes me as a violation of the State Ethics Commission (SEC)’s rules of conduct.  As such, it needs to be addressed.

Finally, while I shudder to think that the websites may magically update to change addresses, I’ve taken screenshots just to make sure no such trickery happens to befall FITSNews readers.

Do Your Job, Mark Keel