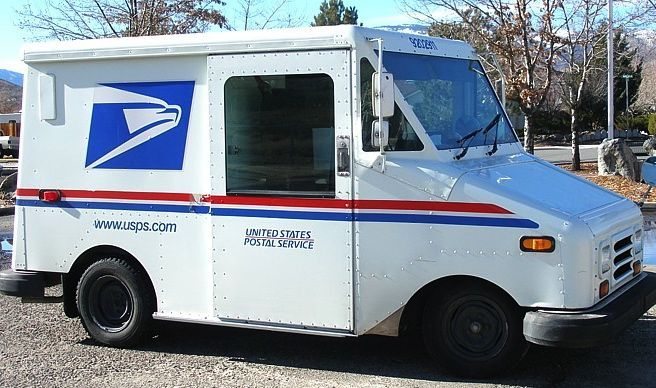 EMPLOYEES ARE ABOUT TO GO POSTAL

By Liz Gunn || A few weeks ago my doorbell rang on a Sunday afternoon and it startled me. It’s 2014 – people don’t just drop by your house unannounced. I was sure it was a neighborhood kid selling something or a Jehovah’s Witness, both of which I was preparing myself to handle in two very different manners.

By the time I got to the door though, there was no one there. Much to my surprise there was a package at my doorstep that I had ordered from Amazon two days prior. I wasn’t expecting to get it until Monday, because since when does the post office deliver things on Sunday? Well, apparently for several months now in some places.

The partnership was inked over a year ago, with major city roll-outs beginning last summer. It has expanded much more quickly than anticipated, likely due to the overwhelming popularity and our society’s tendency to procrastinate coupled with a complete lack of patience.

Now that the holiday shipping season is in full swing, postal workers are feeling overwhelmed. Some claim to be working 60 plus hours a week, some for up to 18 days straight. While I admit that sounds downright miserable, since when did hourly employees (roughly $15.60 an hour for the average mail carrier) complain about having too much work? In this economy, in this job market – shouldn’t they be jumping for joy?

December has always been a busy month for me, in regards to work. I know it’s coming every year and I mentally prepare myself for long days and weekend work. It just is what it is. I would never complain about someone who is paying me giving me too much work.

The fact that we’re talking about the post office makes it that much more ironic. Just a year ago, Forbes reported  that the USPS was on the verge of a financial collapse. Employees were fighting to keep Saturday deliveries because they needed the hours. Now, thanks to Amazon, they have more work than they know what to do with and they’re complaining?

Perhaps the USPS could take a page out of Amazon’s playbook and say, oh I don’t know, hire some additional, seasonal employees for the busiest time of the year? If the people you have can’t get the work done – that’s really your only choice. It’s either that or deliver poor customer service, which is what most of us have come to expect from the government run mail system. I hate to cheer against anyone, especially the truly hardworking people involved like my mailman, but maybe this is what it will take to finally get Washington out of the mail business.