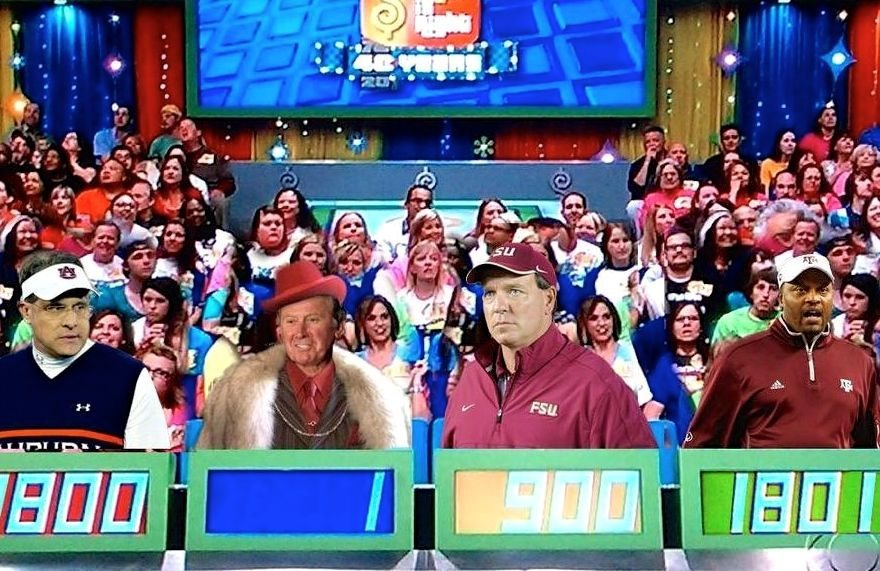 By FITSNEWS || In what appears to be a case of premature journalistic release, multiple media outlets in the Palmetto State reported this week that the University of South Carolina had hired former Florida head football coach Will Muschamp.

Specifically, these websites reported that Muschamp had been hired as “head coach in charge of defense” –  a title bump from defensive coordinator – and had also been named “head coach in waiting.”  These reports also had Muschamp accepting a salary of $1.9 million a year, with USC president Harris Pastides getting credit for pulling the trigger on the deal.

Is any of it true?

Muschamp – who has been offered defensive coordinator positions at Auburn and Texas A&M (in addition to the rumored offering from South Carolina) – is still vacationing in the Caribbean.  We’re not saying he won’t be hired by the Gamecocks, but it hasn’t happened yet.

South Carolina head coach Steve Spurrier has done his best to tamp down the Muschamp speculation – which this website officially kicked off back in September.  Not only that, he has yet to fire Lorenzo Ward, whose unit surrendered 5,203 yards (433.6 per game/ 6.25 per play) and 374 points (31.2 per game) last year.