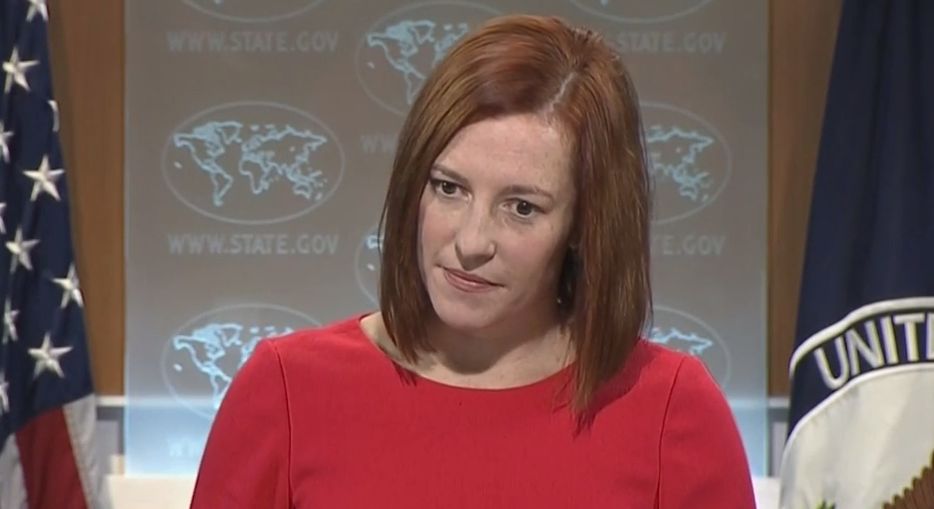 By FITSNEWS || In case you missed it, former U.S. Rep. Ron Paul has a wonderful column up this week highlighting the ridiculousness of American foreign policy vis-a-vis Russia.

What’s even more ridiculous than America’s policy toward Russia?  Its thirty-year-war with the Islamic State of Iraq and Syria (ISIS), a group the U.S. war machine was subsidizing as recently as last year.

Anyway … in a rare moment of honesty, U.S. State Department spokeswoman Jen Psaki acknowledged the ridiculousness (spot the trend) of the propaganda she spoon feeds the American people on a daily basis.  In the aftermath of tough questioning regarding America’s policy toward Egypt, Psaki neglects to cut off her microphone before admitting that her nonsensically dismissive/ belligerently non-responsive “answers” about Egypt were … “ridiculous.”

The open mic incident occurs at the 2:00 minute mark of the clip below … although the entire exchange is instructive as it provides a look at just how silly, hypocritical and evasive our government has become.