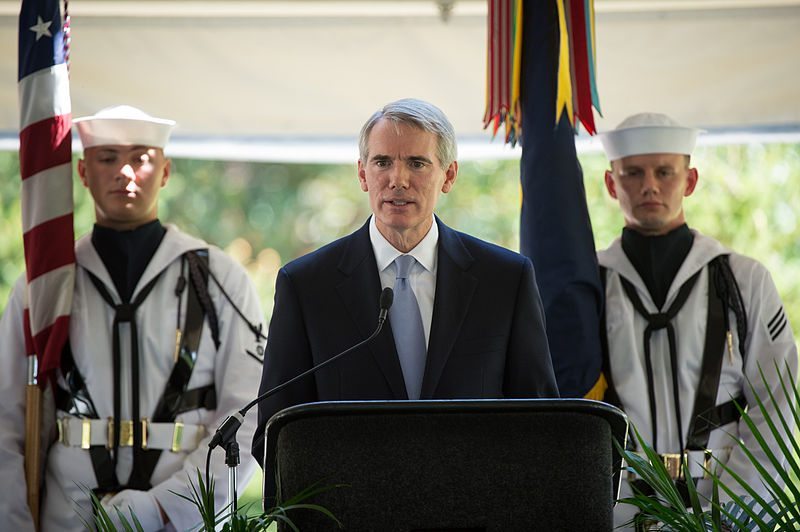 By FITSNEWS  ||  You can cross one name off the list … and thank God for that.

U.S. Sen. Rob Portman – a so-called centrist “Republican” from Ohio – will not seek his party’s presidential nomination in 2016.  Instead he’s going to focus on being an “effective Senator.” And yeah … that’s a bit frightening considering how other so-called moderate “Republicans” in Washington are chomping at the bit to raise our taxes and continue exploding our national debt.

“With the new Republican majority, I see a real opportunity over the next two years to break the gridlock in Washington and actually get things done to help Ohioans and all Americans,” Portman said. “That’s where I believe I can play the most constructive role. I don’t think I can run for president and be an effective senator at the same time.”

Okay … we plugged Portman’s statement that into our handy-dandy “politician translator” and it spat this back out: “I’m not running because I don’t have a prayer.”

“It’s rare to see a not-running announcement provoke head-wagging and hand-wringing,” Ron Elving over at government-subsidized NPR noted.  “Portman’s had that effect because he exemplifies the kind of thoughtful, competent, mainstream personality many idealize in the Oval Office.”

Elving went on to say Portman was “reliably Republican but not ideological” and was “known for his skill at negotiating and finding consensus” as well as counting “Democrats among his friends both in Washington and back home in Cincinnati.”

Meanwhile liberal mouthpiece Chris Cillizza of The Washington Post cast the blame for Portman’s on “base conservatives” – including those here in the Palmetto State.

“Portman’s problem is that being a measured, reasonable legislator who excels in the sort of deal-making that was once the lifeblood of Congress is not exactly the stuff of inspirational stump speeches in Iowa,” he wrote.  “Or the kind of thing that fires up base conservatives in New Hampshire or South Carolina.”

Again … since when was Washington “deal-making” a virtue?

Non-ideologue “deal-makers” are precisely why America is $18 trillion in the hole, people … and why the buck for that epic mismanagement continues being passed on to you.