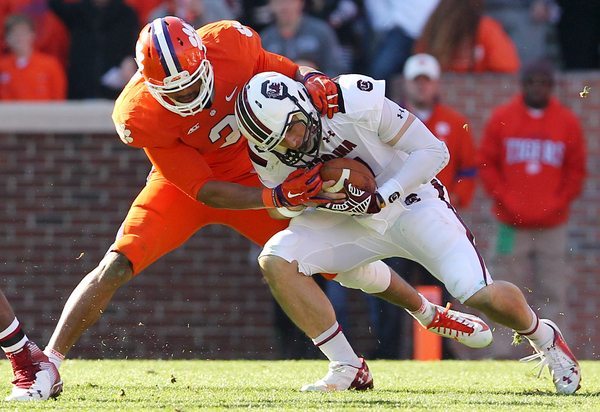 Clemson, S.C. — Clemson defensive end Vic Beasley has been named the ACC Defensive Player of the Year. It is another in a long line of honors for Beasley, who is a finalist for the Lombardi Award and the Bednarik Award. He received more points for the All-ACC defensive team than any other player with 159 points.

Despite special attention from most opposing offenses, Beasley leads the ACC in quarterback sacks with 11 as Clemson (9-3) prepares for its bowl game. The native of Adairsville, Georgia also has 18.5 total tackles for loss this year to lead the conference. He ranks 10th in the nation in both categories this year.