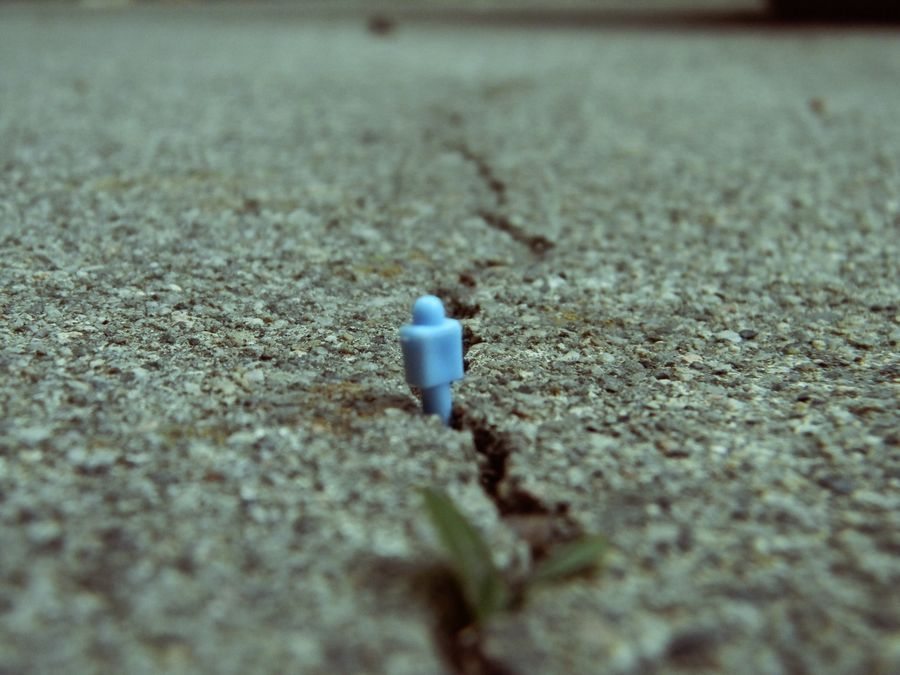 By FITSNEWS || Voters in South Carolina didn’t distinguish themselves at the polls in 2014 … although that’s not exactly groundbreaking news.  And in their defense, they really didn’t have much in the way of worthy options to choose from (at least when it came to the special interest-fed, mainstream-media approved candidates).

Voters in Greenville County, S.C. were wise enough to reject a local sales tax increase, though … a decision we believe has far-reaching implications on future Palmetto State elections – as well as the quadrennial “First in the South” presidential primary vote.

The proposed Greenville levy – opposed by the limited government wing of the local GOP – would have deprived the local consumer economy of $670 million over eight years.  Quite a hefty nut.  Despite tremendous institutional support, it was defeated by a 2-to-1 margin.

“We not only won, we kicked their ass,” limited government advocate Joshua Cook told FITS.

Indeed … but the big story here isn’t the defeat of the tax, it’s the widening rift within the “Republican” party between true limited government supporters and tax-and-spend liberals.

Really?  Groover was singing a vastly different tune prior to the tax hike vote.

In fact he blocked efforts by Cook and other limited government advocates to pass a resolution from the party condemning the tax increase.

Why did he do that?  Because he was too busy providing “cool, calm leadership” on behalf of those who were pushing for it.

Here’s an email exchange between Groover and Fred Payne – a fiscally liberal county councilman who was pushing the tax hike – in which the latter congratulates the former for his efforts to keep the local party from weighing in against the tax hike.

In his reply, Groover says he is “glad” the party’s leadership didn’t have to vote on the resolution … 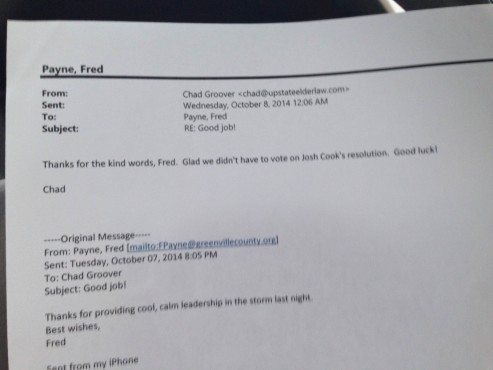 Why is this email important?

Seriously … unless you live in Greenville County, why should it matter to you?

After all, we’ve written previously regarding recent efforts by Groover and his allies to mold the Greenville GOP into an establishment-friendly party (to the extent anyone cares), so what exactly about this latest development is noteworthy?

Well, it’s emblematic of a broader “Republican” problem when it comes to bread and butter fiscal issues – one that extends far beyond Greenville (and far beyond South Carolina).  And one that has the potential to tear the party apart.

“This type of hypocrisy infuriates me and it’s another reason why I loathe the Republican Party,” Cook told FITS.

In fact in the aftermath of the 2012 presidential election (a.k.a. the battle between two big spending, crony capitalist, global interventionist supporters of socialized medicine), we wrote off the “Republican” party for the last time.  Which was obviously a wise decision considering how its leaders continue to target our (and your) hard earned money.

But most limited government advocates – including Cook – decided to stick it out, believing the best way to advance pro-liberty, pro-free market principles was to change the GOP from within.  Do they still feel that way?  Hell no.

Two years later, Cook and his allies tell us “if you want political change, you have to get it done outside of the two-party system.”

Moving outside of the party establishment could bear tremendous electoral fruit for these renegade Republicans.  As we noted this summer, a survey from Market Research Foundation found a mile-wide independent streak in “GOP-controlled” South Carolina – with its pollsters concluding that the GOP hold on power was “the result of a lack of better alternatives at the ballot box, not any particular affinity for the party.”

In other words, if a breakaway limited government movement is ever able to gain traction in the Palmetto State – via a credible third party alternative for statewide office or some other means – “Republicans” are in real trouble.

After all, houses that are this divided against themselves won’t stand for long …