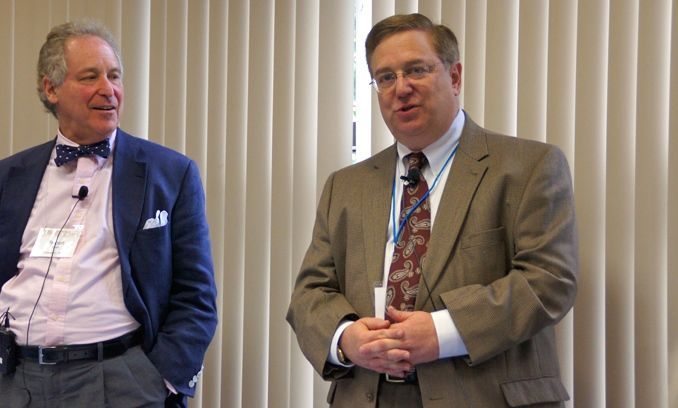 By FITSNEWS  ||  The liberal trial lawyer-turned-federal judge who struck down South Carolina’s gay marriage ban this week was supported in his bid for the bench by none other than U.S. Sen. Lindsey Graham.

Richard Gergel – whose decision has enraged social conservatives – was nominated by Barack Obama on December 22, 2009.  Graham aggressively supported Gergel’s nomination, and thanks to his efforts the Democrat was confirmed by the U.S. Senate on a voice vote eight months later.

Of interest, though, former U.S. Sen. Jim DeMint – an arch-fiscal and social conservative – declined to exercise his Senate prerogative to place a “hold” on Gergel’s nomination.  That’s something social conservatives should keep in mind as they pillory Graham for his support of Gergel.

Gergel ruled this week that South Carolina’s ban on gay marriage – overwhelmingly approved by voters in 2006 – was unconstitutional.  His decision comes after the U.S. Supreme Court failed to overturn a fourth circuit ruling striking down Virginia’s gay marriage ban.

Since then, the sixth circuit court of appeals has ruled that states have the right to regulate marriage -meaning this issue is likely headed back to the U.S. Supreme Court (which will have to rule on it this time).

This website’s oft-stated view on this issue is abundantly clear: No government – local, state or federal – should have the ability to ban (or compel) marriage, gay or straight. Or plural, for that matter. That’s because marriage isn’t a government institution, it’s a religious one – meaning the question should be left to individual congregations.

As for civil unions, we believe the equal protection clause of the Fourteenth Amendment compels government to acknowledge both homosexual and heterosexual unions … even plural unions.

Anyway, we’ll have another story of interest soon as it relates to this decision …