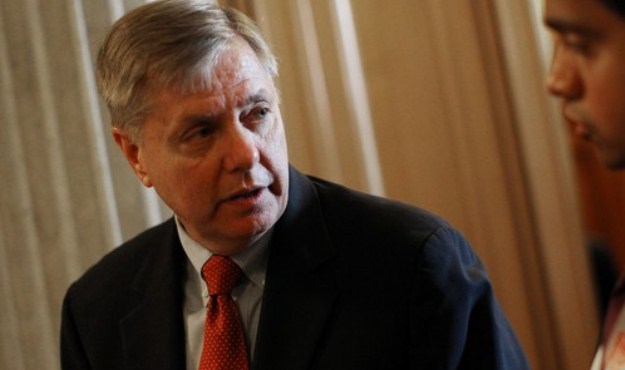 By FITSNEWS ||  U.S. Sen. Lindsey Graham told the voters of South Carolina – the so-called “reddest state in America” – that he planned on violating his pledge not to raise their taxes.  Again.

How did they respond?  By reelecting him to the U.S. Senate in a landslide.

Seriously … the most liberal “Republican” in Washington, D.C. won in a walk in the most “conservative” state in the country.

Never underestimate the benefit of not having a credible opponent … and never overestimate the intellectual capacity of the average South Carolina voter.

With 98 percent of precincts reporting, Graham was ahead of Democratic Brad Hutto by a 55-38 percent margin – with independent candidate Thomas Ravenel receiving 4 percent of the vote.