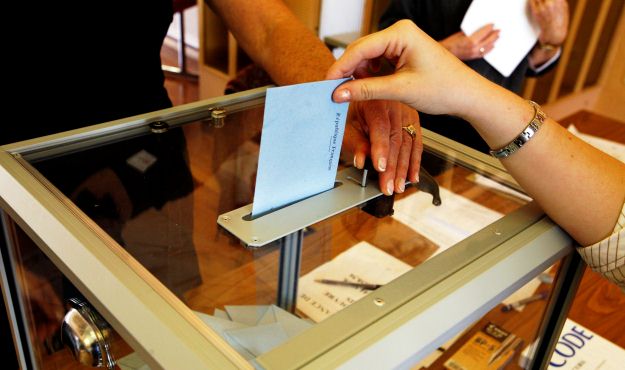 BE PREPARED, BE PATIENT & BE PERSISTENT

By Liz Gunn || The time has come once again for the people of South Carolina to cast their votes for or against the candidates running for state office. I say this because in so many races, I tend to be voting against a candidate more so than for their opponent. In South Carolina, a place where a philandering former Governor can get elected to Congress, a drug dealing reality star can get on the ballot and an unemployed, unheard of can win a primary for a United States Senate race – there is truly never a dull moment when it comes to politics.

That is one of many good reasons for you to get out and vote, even if you understandably despise every candidate on the ballot. You have to let your voice be heard. The worst thing we can do as tax-paying citizens is let them win by default. I’m a firm believer in the old adage that “if you don’t vote, you can’t complain.”

I wouldn’t waste anyone’s time by endorsing a candidate in this post. Who cares who I am voting for? What I will offer are just a few things to think about tomorrow. Voting is a privilege, and not one to be taken lightly.

Please do not vote straight ticket. I honestly wish they wouldn’t allow people to do so. I am not talking about people who end up voting for all Republicans or all Democrats – I’m talking about people  who walk in and out in about 30 seconds without ever casting a vote for a singular candidate. That’s really no better than than someone walking in and making their selections blindfolded.

It’s no secret that the best thing a candidate in this state can do is have an “R” by his or her name. In the last election my ballot was split right down the middle with half from one party and half from the other. Not everyone deserves your vote just because of their party affiliation – please keep that in mind.

One thing that maybe some voters don’t realize is that a ballot is not like a standardized test. You do not have to make a selection in every race. You  can leave items blank if you have never heard of the candidates or dislike all of them equally. If you’re caught off guard by an issue you don’t know anything about – feel free to leave it alone. They should really allow people to select “none of the above.”

Be nice to the volunteers. I really can’t imagine wanting to work at the polling places on Election Day, but someone has to do it and they are not getting paid. They deal with a lot of headaches throughout the 12 hour day. Don’t be one of them if you can help it.

Lastly, the most obvious and most important part – just do it. This one is especially for females and minorities. It was not even 50 years ago that African-Americans were not allowed to vote. Women have only been allowed to vote for less than a century. Not showing up tomorrow is a slap in the face to all the people who marched, picketed and protested on your behalf.  We’re so lucky to have this process by which we elect our leaders, but it would work much better if everyone participated.

Not sure where to vote or who’s on your ballot? Not to worry. FITS has you covered with that information and more here. Make your way to the polls tomorrow then come back tomorrow night for real time results and commentary, right here.
***