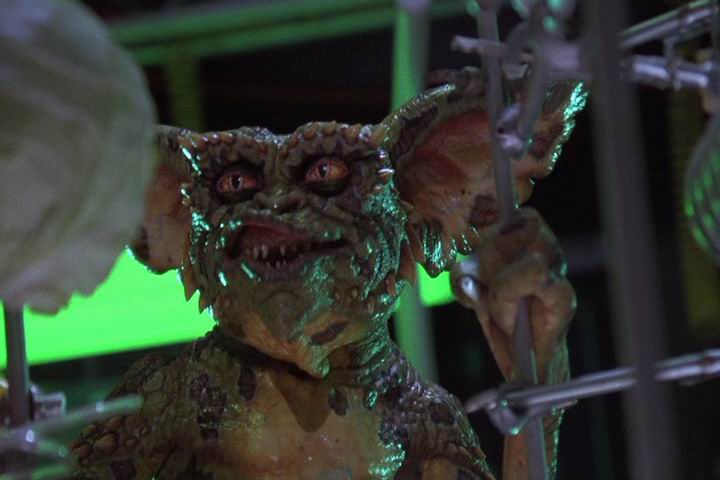 By FITSNEWS || U.S. Rep. Jim Clyburn will represent South Carolina’s sixth congressional district until he dies, retires or is thrown in jail for corruption.  How come?  His dirt poor district was specifically gerrymandered … err, drawn … to ensure that a black Democrat always wins.

It’s called “majority minority” representation … a process by which district lines are drawn in such a way as to incorporate racial boundaries, not regional ones.

Anyway … thanks to this creative mapmaking, Clyburn has been effectively unopposed since winning this seat in 1993.  No credible candidate will run against him because there is zero chance of beating him.

The only hope is that one day one of his many misdeeds will catch up with him.

This year, Clyburn is being “challenged” by Anthony Culler – who is best known for his less-than-creative word plays.

Well Culler was known for his less-than-creative word plays.  Now he’s known for “Gremlins” – specifically a remark on his Facebook page in which he compared the “pestilence” of gay marriage to the 1984 horror movie of that name.

For those of you who missed it the movie, Gremlins were adorable, fluffy pets – ostensibly of Chinese origin.  They came with three simple rules: Don’t expose them to sunlight (or they die), don’t get them wet (or they multiply) and don’t feed them after midnight (or they cocoon and turn into reptilian monsters).

Culler is clearly referring to the reptilian Gremlins in his post …

“These people are bullies and now that they are winning their true and hateful nature is much easier to see and hear,” Culler added.  “Do not condone same-sex ‘marriage’ or their self-destructive (they also have a strong tendency for substance abuse), alternate lifestyle.  Do not attend the ‘over the top’ and ‘anything goes’ ceremonies or parties that these people revel in.  Look away from this scourge on society and condemn it.  Starve it out and actively stand against this movement and those pushing it.  Seek the dismissal of all those in the judiciary and legislature that support and seek to legalize same-sex ‘marriage.'”

He then urged his supporters to “stand against this and we will reverse it and drive it back into the darkness.”

Daniel Encarnacion – a limited government supporter – was enraged by Culler’s comments.  In fact he called on Culler to drop out of the race, while announcing the formation of a write-in campaign in the district.

“I cannot sit idly by, and allow Mr. Culler to describe gay men, and women as gremlins,” Encarnacion said in kicking off his campaign.  “This is the definition of ignorance, and is absolutely reprehensible.  I hope each, and every Republican within the sixth Congressional District stands with me in saying, Mr. Culler, you do not represent us.”

Encarnacion added that Culler’s campaign was nothing but “a bully pulpit for his fantasy world.”

Indeed … but South Carolina should expect another round of very real (and very embarrassing) national headlines nonetheless.  Especially seeing as the S.C. Republican Party has yet to publicly repudiate Culler’s comments – which would be kinda hard seeing as “traditional marriage” is a central plank in the party’s platform.

The best part about running in a district you know you’ve already lost is that you can say whatever the hell you want, as it’ll make no difference in the outcome.

By the way, do you know how Smurfs reproduce ? They “SMUCK”..

Don’t feed the politicians after midnight.

Or they change into slimy, scaly reptilian creatures?

Columbia is very dark. Charleston is just as dark. In between you have Orangeburg.
Clyburn doesn’t need any gerrymandering to win. His peoples gots his back

What’s amusing is that the biggest supporters of Clyburns gerrymandered District should be Republicans.

A non gerrymandered district would increase Minority numbers in the First and Second potentially resulting in a Democratic victory in those Districts.

Oh bullshit. Will! The 6th district is gerrymandered so that Republicans can hold on to seats in Columbia and Charleston. Try to keep in mind that these districts are drawn by Republicans in the SC General Assembly. The way you write it, one would think that Democrats are in charge of drawing district lines in SC.

Culler sounds like the typical South Carolina Republican to me.

You must not know very many SC Republicans.

The majority/minority redistricting scheme ostensibly was sold as a way to allow minorities to elect one of their own to Congress. The downside is that in the rest of the districts, the minority has no chance.

This works whether the minority is racial or political, and Republicans have taken full advantage.

clearly too much time in the tanning bed

Shiny polyester shirt..Check. Waaaay too much time in a tanning bed…Check. Haircut from the 70s…Check. Viewpoint from the 50s..Check. Probably never left the state and definitely hasn’t traveled outside the US of A (because of all those foreigners) ..Check. Seems like the ideal Southern GOP candidate to me.

He and his family lived in Texas for many years. Had a major dust-up with Nagadoches County over mineral rights to their property. Pretty sure he lost, but lately he’s claimed he won. It was a big deal, and very well known around here, because he despises Rick Perry due to his being governor of the state that he felt had fucked him over on the mineral rights dispute, and took every opportunity to attack him when he was running for the GOP presidential nomination and the Cullers had moved back to this area, and his wife was running for GOP SC7 nomination.

He’s far better know for all that than for what Will said he was well-known for before this frothing-at-the-mouth anti-gay bullshit. Nobody here is paying much attention to that race. However, Tony has definitely gotten some attention now, and as Will say, if the SCGOP doesn’t renounce his words, it will be major fodder for the national media.

For more on the “poor man’s von Trapp family”, a.k.a. the Cullers, and their epic battle with the State of Texas and Nagadoches County, go to Topix and so a search for it.

“if the SCGOP doesn’t renounce his words, it will be major fodder for the national media”…

LMAO!! When the New York Times calls you for a comment tell em all about Elmer Fudd, the envelopes with cash, Fuddruckers and the mayor’s car-ALL falsehoods you created in your sic mind.You have lied and slandered so many people they just laugh.

As usual, you are far behind the times, Sandi. John and I get along just fine. Have had some very cordial discussions. I’ve openly stated my support for him. I have tix to the Beach Ball Classic (not from him, but from a friend who is involved) and am fully in support of that as well as sports tourism in general, which is one of his main themes. I appreciate the new Boardwalk, long overdue. Bringing in the Skywheel, same thing. Generally, I’m in support of him, yet you harp on some crap from years ago, which was all a misunderstanding and long forgotten, except by idiots like you.

The envelopes, btw, had CHECKS in them, not cash. Think what you will about allegations, investigations, etc., the donations were very real. On that, I no longer fault any pol who took the checks. If there is anything wrong with where the money came from, though, people should be held accountable.

I’m evolving, numbnuts. You should try it sometimes.

Reptilian? Get used to it…

Geez this man sounds like a con artist according to what a google search pulled up on him. Lots of unfavorable posts and news articles about his time in Texas.

Yeah, Will missed all that.

He pays them back, too, for paying him back. Just ask The Man’s man Tom Rice.

That was a good one!

“…thanks to this creative mapmaking, Clyburn has been effectively unopposed since winning this seat in 1993.”

Now, was that creative mapmaking by white Republicans to pack black votes into one district? Or, did they let Jimmy draw it himself?

Sheesh, finally someone points out that the purpose of this district was to put as many blacks in it as possible in order to keep Joe Wilson’s and other districts LESS competitive and make the repubs more of a shoe in!

I agree we should get back to family values being the pillar of society.

This guy is a RHINO that doesn’t even live, work, or worship in the 6th district. He lives in Murrells Inlet. He doesn’t work or pay taxes and is supported by his wife.

That makes him a Republican. Just look at Mark Sanford. By the way if you want to play the “I’m a real Republican and you’re not game, you might want to learn to spell RINO.”