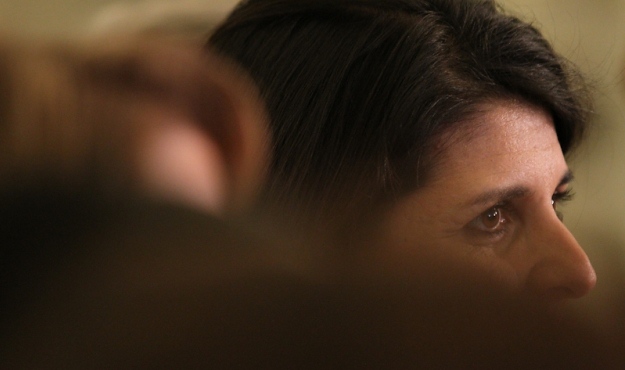 By TOM ERVIN || We would expect a true conservative governor to spend our taxpayer dollars wisely.  When Nikki Haley ran for governor, she promised transparency and accountability to the governor’s office.

This research documents the facts behind Governor Haley’s photo-ops, press conferences, sound bites and ribbon cuttings.  The real question is, “What did we get for our money?”  This seventy-eight page document details how Governor Haley wasted taxpayer dollars.  It also documents how she is using a “pay-to-play” strategy to pump thousands in contributions into her re-election campaign.

Governor Haley’s jobs numbers simply don’t add up.  She claims she brought 57,000 new jobs to our state.  Our research shows that those numbers are not true.  The State newspaper found last month that only about 56 percent of these promised jobs have been filled and that Governor Haley included some 1,800 jobs where plants actually closed.

Our research documents that Governor Haley failed to properly vet companies who were given millions of taxpayer dollars without any questions, conditions or accountability.  The bottom line is that several companies took our tax money and left the state, never delivering what they promised.

PTR Industries promised 145 jobs and received more than $1 million in incentives.  What South Carolina got was a company that laid off their employees and failed to pay their bills to Horry County.

5 Star and E Caps are examples of businesses that should never have received a dime from taxpayers.  Both of these companies were held by a Delaware shell corporation.  The same questionable businessman, who is now being chased by debt collectors, owned both companies.  Governor Haley gave $1 million in incentives, but 5 Star never opened and E Caps went bankrupt.

Nephron Pharmaceuticals received $4.5 million in incentives from Governor Haley.  In exchange, she got generous contributions to her re-election campaign. Governor Haley also was given unlimited access to the company’s private jet, so she could fly around the country collecting out of state campaign contributions.  Governor Haley even claimed she “did not know” Nephron’s owners prior to her election.  We later learned from her campaign manager that her claim was not true.

The ZF Group received a package of incentives from Governor Haley, including a $2 million grant for land.  This grant came after years of layoffs by ZF.  More than 700 South Carolinians have been laid off by ZF, but they took our tax money anyway.  There are millions of dollars and numerous backroom deals that we will never know about.

South Carolinians deserve to know the truth about how our tax dollars are bring spent.

Tom Ervin is a former state lawmaker and judge who is running for governor as an independent Republican.  His remarks above were delivered at a press conference in Columbia, S.C.