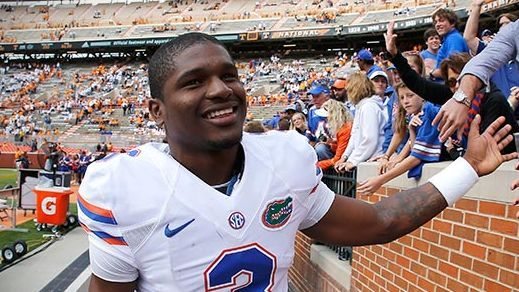 By FITSNEWS || The University of Florida cancelled a scheduled press conference featuring embattled head coach Will Muschamp on Monday less than an hour before it was scheduled to begin.

The issue?  Rumors of an investigation involving freshman quarterback Treon Harris – who entered the Gators’ game against Tennessee during the fourth quarter on Saturday and led the team to a 10-9 come-from-behind victory over the Tennessee Volunteers.

“University of Florida student athlete Treon Harris is accused of sexually assaulting a female student early Sunday morning in a residence hall on the UF campus,” a statement from the school read.  “The University of Florida Police Department is investigating the incident, and UFPD has brought in the Gainesville Police Department to assist with collection and analysis of forensic evidence.  The investigation is ongoing and the university does not have an update regarding any charges at this time.”

In relief of starting quarterback Jeff Driskel, Harris completed 2 of 4 passes for 17 yards against Tennessee – and ran the football four times for 24 yards.  The Gators scored on both of his first two possessions under center – after failing to score on ten previous drives with Driskel running the offense.

Harris is the second Sunshine State signal-caller to be accused of sexual assault in as many years.  Last November, Florida State University redshirt freshman quarterback Jameis Winston was implicated in an alleged sexual assault that reportedly took place in December 2012.

Winston was never charged in connection with the incident – and went on to lead Florida State to the national championship (winning the Heisman Trophy in the process).