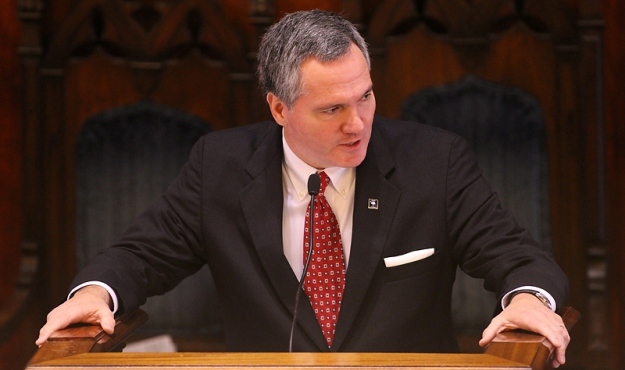 OR IS THE HEAT STILL ON?

Powerful S.C. Speaker of the House Bobby Harrell – shrouded in scandal for the past eight months – is “feeling his oats” these days.  The subject of a high-profile public corruption investigation seems to believe his legal troubles are behind him – and he used an impromptu legislative session last week in Columbia, S.C. to reassert his authority over the lower chamber of the S.C. General Assembly.

Harrell is brimming with confidence, seemingly secure in the knowledge that the investigation into his “alleged” corruption is over – and that he has the votes to remain Speaker when the House reconvenes later this year to organize for the 2015-16 legislative session.

Not only that, our legislative sources say Harrell is actively plotting his revenge against the lawmakers he believes “turned against him” during the months of scandal.

“Major changes (are) coming,” one lawmaker told FITS, referring to the legislative committee assignments Harrell doles out to House members.  “Bobby’s wrath will be felt.”

Harrell’s optimism stems from the fact S.C. Attorney General Alan Wilson decided to recuse himself from the corruption investigation – and that the grand jury investigating him appears to have expired at the end of June.

To read our recap of the latest developments in this case (i.e. what Harrell is accused of and how we wound up where we are), CLICK HERE.

For his part, Wilson has remained “stoic” according to our sources – “sublimely indifferent” to Harrell’s show of strength.  He’s also been quiet as a church mouse, with the exception of a cryptic comment offered to The (Charleston, S.C.) Post and Courier  hinting that Harrell might be a tad over-exuberant regarding recent developments.

Harrell’s most vocal critic – the person whose complaint initiated the investigation into his activities – is also not buying the Speaker’s confident dismissal of the allegations against him. 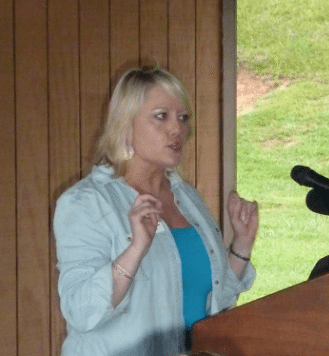 “Bobby has thought he had this wired from day one. He’s been wrong,” said Ashley Landess of the S.C. Policy Council.

Landess added that “so far the only one talking is Harrell – the guy who claimed the (Associated Press) cleared him of all wrongdoing.”

Also questioning Harrell’s status is columnist Cindi Ross Scoppe of The (Columbia, S.C.) State  newspaper, who wrote a story this week riffing off of our previous reporting – which suggested close cooperation between Wilson’s office and federal investigators.

“Rather than thinking I was out of the woods just because the State Grand Jury had been shut down, I’d be worried that there’s a U.S. attorney in South Carolina who apparently is quite interested in prosecuting public corruption cases,” Scoppe added.  “I’d be worried about how closely the U.S. attorney worked with Mr. Wilson on the Metts case, with state charges against the sheriff’s alleged co-conspirators being brought in conjunction with the federal charges against the sheriff.”

According to Scoppe, if she were Harrell “I’d be worried that a federal grand jury has even more investigative powers than the State Grand Jury — and that the U.S. attorney doesn’t have to get the permission for each step of his investigation from judges who are elected by the Legislature.”

Sources close to Harrell continue to dismiss the allegations against him as politically motivated – but they say they’ve never led anyone to believe the case is “over.”

“We are just glad that a prosecutor who isn’t politically motivated is handling the case,” a source close to Harrell told FITS, referring to Wilson.