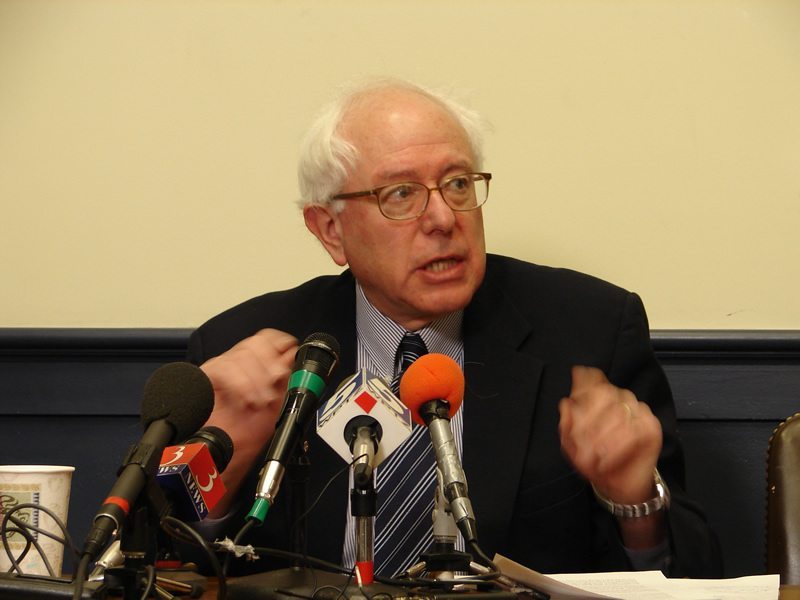 ACTUALLY, HE’S GOT TWO OF THEM THIS TIME …

U.S. Sen. Bernie Sanders – an independent socialist from Vermont – is not often aligned with the pro-free market thinking endorsed by this website.  In fact the last time we can recall agreeing with Sanders was 2009, when he argued for transparency with regard to the bank bailout.

Well, it’s happened again … this time Sanders is making sense regarding the ongoing race riots in Ferguson, Missouri – which have stemmed from the August 9 shooting of an 18-year-old black robbery suspect by a white police officer.

Anyway, Sanders argues that the over-militarization of local law enforcement is indeed a pressing issue as it relates to this unfolding drama.

“When you see the kind of force that’s been used in Ferguson, it really does make an appeal that the police department there is an occupying army in a hostile territory and that is absolutely not what we want to see in the United States,” he told MSNBC.  “So, I think we’ve got to rethink a lot of this heavy equipment that police departments around the country are utilizing.”

Agreed … 100 percent.  When Middle America looks like the Middle East, you’ve got a real problem on your hands.

But there’s a bigger problem lurking beneath the disturbing third world visuals … a.k.a. the “root cause” of what some are referring to as the “Negro Spring” (or “African-American Summer,” for those of you politically correct sticklers for detail).

Specifically, we’re referring to Sanders’ hope that “what Ferguson teaches us is that not only the violence being perpetrated against young black men but also the economic crises facing black youth in this country.”

Exactly … and that’s a crisis, it’s worth pointing out, that isn’t being caused by “the man,” but rather by local governments controlled almost exclusively by Democrats (and in many cases black Democrats).

“Youth unemployment in America is tragically high, it is 20 percent,” Sanders said.  “African-American youth unemployment is 35 percent. In the St. Louis area, it is significantly higher than that. And if we are going to address the issue of crime in low-income areas and in African-American areas, it might be a good idea that instead of putting heavy equipment into police departments on those areas, we start creating jobs for the kids there who desperately need them.”

Obviously we don’t believe the creation of jobs is a core function of government … but we do agree with Sanders that there’s some major miscalculation going on with regard to the Ferguson riots.

Blacks are being held back disproportionately … but it’s not the “man” doing it, it’s government, which wants to keep them on the welfare rolls, in crappy schools, in jail, etc.