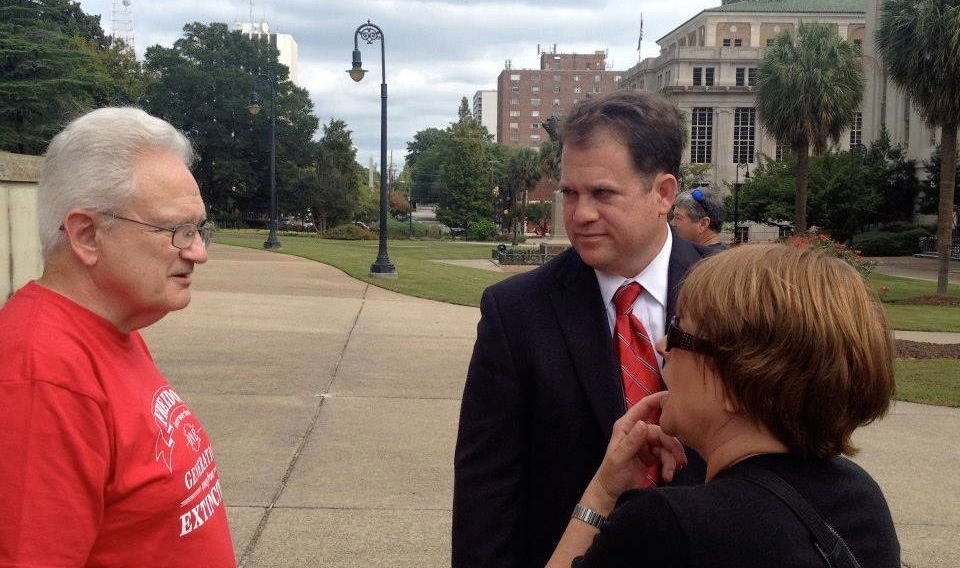 S.C. Sen. Lee Bright (R-Spartanburg) is a paid consultant for a health care company with extensive business before the state of South Carolina – information the second-term lawmaker failed to disclose on his 2014 state-level economic disclosure forms.

Complicating matters, the former U.S. Senate candidate is a member of the State Senate’s Medical Affairs Committee – which has jurisdiction over this company (and its competitors).  Not only that, Bright has also been aggressively using his position to advance the interests of this particular company, Charlotte N.C.-based Novant Health.

Sound shady?  We think so …

Bright’s financial situation – as FITS readers are well aware – is nothing short of a disaster.  In fact according to documents Bright filed at the very last possible moment during his failed bid for the U.S. Senate, his debt to creditors could top $3 million.

So … is he now trying to pay off some of that debt by leveraging the power of his office?  Because it certainly looks that way …

According to Bright’s May 2014 federal disclosure form – which listed a host of business not included on his state disclosure form – Novant paid him “more than $5,000” during the previous two years.  His job with the company?  “Business development” for Novant’s shared services division – which handles the company’s community partnerships.

Anyway, Novant was involved in a bitter, decade-long battle to build a new hospital in Fort Mill, S.C. – but dropped out of the running last year due to issues with the state’s “certificate of need” program, which lets the government dictate when and how hospitals are allowed to expand their facilities and services.

In 2012, Bright engaged in a high-profile effort to kill funding for the program – an effort we supported.

But was his advocacy bought-and-paid for?  Or did he get the gig with Novant as a reward?

This isn’t the first time Bright has run into ethical questions about his various business associations – as well as allegations of hypocrisy when it comes to his support for “transparency.”

In 2013, Bright participated in a voluntary income disclosure project organized by the S.C. Policy Council – which along with other groups has been pushing for expanded income disclosure at the state level in response to abuses by S.C. Gov. Nikki Haley and others.

Bright filled out his Policy Council form in 2013, while his association with Stevens’ firm began the previous year.  Bright’s employment with a company directly benefiting from his campaign raised serious ethical questions – notably allegations that he was turning campaign contributions into cash.

Now Bright is once again squarely in the crosshairs of an ethical scandal.

“This has the makings of a serious issue for Bright,” one Palmetto politico told FITS. “Why does a health company hire a guy with no health experience – who just happens to be on the medical committee?  It smells really bad, even if he’s innocent.”

Bright is a tremendously consistent vote for less government in the State Senate – one of the few solid pro-free market votes in that chamber (well, except for his recent decision to support of liberal Hugh Leatherman for Senate President).  But his sanctimonious moralizing, personal financial problems and ongoing ethical issues are starting to erode his position.

FITS did not support Bright’s U.S. Senate bid – much to the chagrin of many Tea Partiers in the Palmetto State.  Why not?  We felt he lacked the credibility to speak on matters of fiscal responsibility.

Now it appears as though Bright lacks the credibility to speak on ethics issues, as well …

Tom Ervin Rolls Out Ad On The Economy