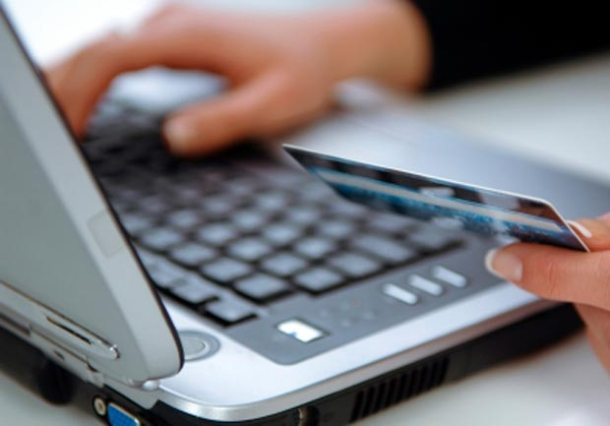 By a compelling 51-36 percent margin, South Carolinians do not want out-of-state retailers imposing their sales tax rates on the Palmetto State’s online merchants.  And when it comes to paying out-of-state sales taxes on internet purchases themselves, South Carolinians are even more adamant in their opposition – with 72 percent rejecting such a scheme.

The data – released this week by the National Taxpayers Union and R Street Institute – underscores the extent to which the state wants the federal government to adopt a “hands off” approach when it comes to taxing the internet.

That’s a message both groups are hoping will resonate with would-be 2016 presidential candidates when they come calling on South Carolina voters in advance of the state’s “First in the South” presidential primary.

“Republicans likely to vote in South Carolina’s First in the South 2016 presidential primary election are solidly opposed to empowering tax collectors in other states to enforce their sales tax on South Carolina e-merchants,” the pollsters noted.  “Strong majorities of Palmetto State Republicans, Independents and Democrats all oppose subjecting the state’s online merchants to collecting, filing and paying sales taxes to other states by more than 2-to-1 margins.”

“The voters of South Carolina clearly believe that the Internet should exist to enrich the lives of its citizens, not line the pockets of out-of-state revenue agencies,” Moylan said. “While conservatives strongly oppose such a law, it’s striking that independents and Democrats join them in clearly rejecting new state tax enforcement powers over the Internet.”

We agree … which is why we bashed U.S. Sen. Lindsey Graham a year ago when he embraced a $23 billion internet tax hike.  Joining him?  Democrats – and fellow fiscally liberal “Republicans” like Lamar Alexander, Saxby Chambliss and John McCain.

The NTU/ R Street poll surveyed 400 South Carolinians on June 1-2 of this year – and has a margin of error of plus or minus 4.9 percentage points.

To view the results for yourself, click the link below …

The sheeple don’t have a choice on internet taxes, they will be sheared whether they like it or not.

Props for your honesty, clairvoyance and music reference … +3

Lindsey Grahamnesty has his head of Obama ass. He condones this massive illegal alien invasion currently taking place on the border:

AGENT: Final destination ‘an American city near you’……( many are on their way to SC )

This has something to do with charging tax on internet purchases how?

You already pay sales tax on your internet purchases. It right there in the form.

Only the retarded do that.(you)

I saw somewhere on this site that we all commit three felonies a day. This must be one of them.

Only once a year when you file your state income tax.

TBG, for one, welcomes internet taxation from our beneficial federal, state and local government overlords.

Senator Hugh Leatherman wants this tax so we will have this tax. Your Republican Senator guaranteed this when he or she elected Leatherman President of the Senate. Get over it and get your wallet ready.

You may think that, but you would be wrong. If you buy a nice Rolex in a state with no sales tax, or a sales tax lower than SC, you owe SC Use Tax for the difference.

South Carolina even offers you instructions on this matter, UT-3W.

This is certainly ground breaking news that this “poll” reveals. People don’t like to pay nor do they want to pay taxes. Who would have ever thunk it!

Why should we support them gathering more money? They’ll just squander that like everything else they take from us, under threat of force.

Lexington County Council’s tax-n-spend RINO’s are always raising our taxes or asking our permission to raise them some more. Today, I noticed one more unnecessary waste of taxpayer money. On 378 at Corley Mill Rd, there is a new, ornate, rock water fountain now in operation, in front of the dump site. Yeah, it’s pretty, but how many tens of thousands of tax dollars did it cost to install and maintain? Bill Banning heard from the taxpayers loud and clear a week ago. Here’s hoping Johnny Jeffcoat and Debbie Summers receive a similar message in two years. Keep this shit up guys, we’re getting damn sick and tired of it.

With the proclamation the Tea Party (and with it small government) is dead let the butchering (tax and spend big government) begin anew.

Frankly, some of us fixing to retire are the numb skulls allowing this and every other tax increase without a whimper.

The new economics in America is 100 million immigrants by 2018 who do not share your values. Better do the math now.