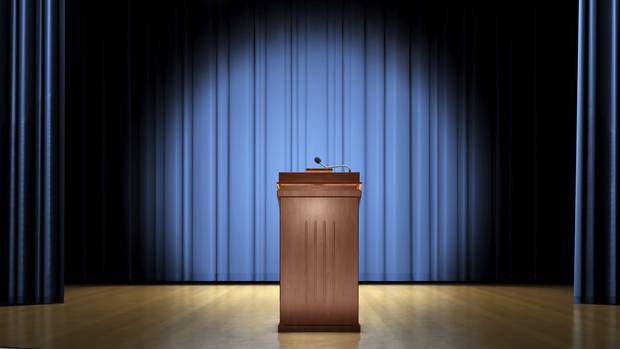 We’re still not sure what’s going to come of the “independent Republican” gubernatorial campaign of Tom Ervin. We like what we’ve seen so far, but we’ve learned not to get our hopes up when it comes to individuals seeking elected office.

There’s a Gin Blossoms song that comes to mind …

Anyway, we do know it’s nearly impossible for Ervin to be any worse than hypocritical incumbent “Republican” Nikki Haley or her Democratic rival, Vincent Sheheen – two status quo choices epitomizing the chronic failure of the Palmetto State’s “two-party” establishment.

Seriously … Haley and Sheheen give new meaning to the term “lesser of two evils.”

So we’re glad Ervin is in the race … just as we’re glad the Libertarian Party has nominated a credible, substantive candidate in Lowcountry businessman Steve French.

We expect Ervin and French to provide a much-needed dose of issues-based common sense and ideological accountability in what was shaping up as a race of meaningless rhetoric between two cliche-spouting politicians.

Or at least that’s what we hope happens …

In South Carolina the legacy media loves to shut third-party alternatives out of debates, hoping to drive the discussion back to prefabricated, marginal distinctions between “red” and “blue” candidates.

Ervin wants none of that … in fact his campaign this week proposed a series of monthly gubernatorial debates beginning in July.  Each debate would focus on a specific issue (education, ethics, infrastructure, etc.) and would represent a departure from prior formats.

“So that we can avoid lengthy debate negotiations by their consultants, let’s keep it simple: no fancy rules, no need for a moderator,” Ervin said. “Just arrive at an agreed upon date and location and the three of us can debate a single topic for sixty minutes.”

Well … “four of us,” we’re sure he meant to say (surely he’s not suggesting French be left out in the cold).

Political debates routinely descend into pointless pablum – stilted exchanges between the same old tired perspectives. Props to Ervin for proposing a shakeup of that format.

He says he’ll fix the pothole problem we have in our state. I don’t know if he’ll follow through with it, but I’m tired of buying tires for my truck.

Perhaps if you learned how to drive and/or weren’t sporting 24″ rims with no sidewall tires you wouldn’t be having that problem.

I heard someone call them O-rings tires at the last Pep-boys tire change I had. I bet you’ll feel every little pebble on the road with those sh!tty tires. I drive a diesel dodge ram and the weight of it can support the 1ft potholes we have in the upstate.

Every time it snows, they put salt on the road. It makes new potholes and the ones that are already there bigger.

Ervin will get my vote because Sheheen has no balls, seems almost as dim our governor, and we already know way too much about her…

I might as well. Sheheen didn’t win last time, no reason to believe he will this time, so my vote is a protest vote either way.

‘traitor’ tommy crist Ervin will get your vote because you are an Obama loving socialist.

Get some help, man.

There’s probably some comfort for the simple minded in their black and white world perceptions that they seem to hold with nary a doubt or question at all.

Why can’t you “republicans” and I use that term loosely, realize there are people who are fiscally conservative and of a socially “none of my or the Government’s bidness” mindset portrayed as Obama loving liberals? I want to see the income tax gone. Done away with on a State wide basis. And for the Feds– reduced to only the most necessary of departments. The rest done away with! Gone! But, alas, then your “kind” could not dole out favors via the crony capitalism mode, political payback blah blah blah. Get off your proverbial high horse and quit the name calling. Depending on the debates I will either be voting for French or maybe Ervin and if neither one comes out with anything substantive then it is Sheheen. And only because he actually stands behind his values and beliefs unlike that forked tongued Governor we have who has done nothing FISCALLY CONSERVATIVE since she took office. Apologies my dear, she did attempt to veto 18.5 Million of an ever expanding budget in this state. My friggin bad. She exemplifies the term REPUBLICAN.

The debates is a major area the Democratic and Republican establishments control the process…and they aren’t giving that up. They collude with each other to keep the choices to a minimum.

Yes indeed he has some ‘bank’. Not enough to win an election however.

Ervin wants none of that … in fact his campaign this week proposed a series of monthly gubernatorial debates beginning in July. Each debate would focus on a specific issue (education, ethics, infrastructure, etc.) and would represent a departure from prior formats.
Read more at https://www.fitsnews.com/2014/06/17/tom-ervin-let-the-debates-begin/#MC5eqHQiZS4hMSlA.99
What a stupid SOB that ‘traitor’ tommy Crist Ervin is! How dare he and his leftist wife demand to set the rules for ANY gubernatorial debates in the state of South Carolina.
Who the fuck does he think he is? Can’t win an election in the Democrat Party so he becomes a Republican. Can’t win an election in the Republican Party because NOBODY believes he or the old lady are BORN AGAIN or PRO-LIFE so now he has become a self-identified Independent Republican and he and his liberal/leftist/pro-abortion/Democrat donor wife are trying to elect Democrat Sheheen in support of the Obama agenda.
What a shame these tired, old, ambulance chasing windbags don’t take the millions they have apparently earned raping the legal system in South Carolina and use it for their children/grandchildren and the golden years of their lives.
In my opinion Ervin is just a bitter,lonely old man whose wife is so fucking power hungry she is willing to play into that weakness and destroy the reputation of her husband and his legacy as a fair and balanced attorney and judge.
The Sanford debates with a cardboard cut-out of Pelosi would be more entertaining than watching Haley debate a leftist like Sheheen and an empty suit like Ervin who apparently doesn’t know what party he belongs to or who the fuck he is!

Whoa, Whoa! Haley and Michael are still in charge. No swinging just yet, buddy…They (swingers) love their BBQ!

Understanding spoken or written language is the process of transforming sensory stimuli into internal mental representations of meaning. A key component of this transformation is the connection of orthographic or phonological representations of words to their semantic referents. This process is often abstractly modeled as a kind of lexical access, in which a specific representation is selected from a lexicon of word meanings. The precise time-course of linguistic processing can be studied using neuroimaging techniques with high temporal precision.

If the Libertarian candidate also shows cognitive ability, will he be French toast?

Sandi, hey Sandi, wake up, it’s your turn at bat

Ervin will beat both Haley and Sheheen. He will bring conservatism back to SC Republicans. Hailey and her band of RINOS are doomed.

When the Low-Rent Independent Party, bidding for unfit democrats, holds a debate, Ervin can demand a debate.

Until then, he should be relegated to the amount of attention he is worthy of..2%.