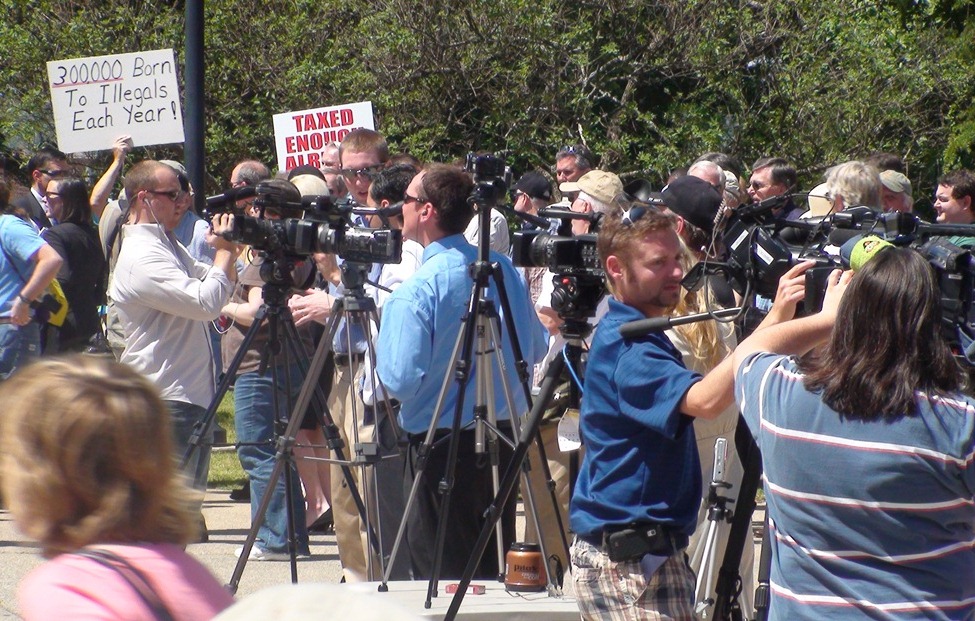 This website gets a lot of grief from South Carolina’s “mainstream” media … which we understand.

We’ve moved in on their turf, stolen their sources, written much better (and much better-written) stories – and generally kicked their asses all over the Palmetto State. They don’t like that – so they fight back. They call us a “tabloid.” Belittle us as nothing more than a “political blog.” Rip us for using anonymous sources (even though they use them, too). Decry our “agenda-driven” approach to gathering and reporting the news (even though they slavishly serve the agenda of powerful special interests).

To be fair, we’ve been blunt with them, too – especially when their subservience to the status quo keeps children stuck in failing government-run schools. Or provides cover for corrupt, hypocritical politicians.

Anyway … as far as South Carolina’s taxpayer-subsidized ruling class is concerned, their most dutiful and obedient media lap dog is reporter Seanna Adcox of the Associated Press.

We refer to Adcox as “The Regurgitator,” because if a crooked politician or incompetent bureaucrat sends her a set of status quo talking points – she will make absolutely sure nothing gets lost in translation.

That’s sad for two reasons: 1) Adcox has the biggest media microphone in South Carolina (Associated Press wires get blasted all over the state), and, 2) her predecessor, the late Jim Davenport, was a real investigative journalist who recognized the importance of telling truth to power (as opposed to letting power manipulate your “truth”). Davenport kicked ass, in other words … as opposed to kissing it.

Adcox’s obeisance is as nauseating as it is well-documented.

For example, when embattled S.C. Department of Social Services (SCDSS) director Lillian Koller needed a glorified commercial for her agency’s “welfare to work” program, she turned to Adcox to regurgitate the talking points (even though the program was – and is – a sham). Meanwhile when corrupt S.C. Speaker of the House Bobby Harrell need to try and bury his public corruption scandal before it got wings – he turned to Adcox to bail him out.

Adcox’s latest “job” appears to be shilling for one of the most powerful special interests in South Carolina – the corrupt commission in charge of the state’s $26 billion pension fund. As this website has meticulously documented over the past four years, S.C. Treasurer Curtis Loftis has been a one-man wrecking crew when it comes to exposing the dismal performance of this fund – as well as the shameless self-serving behavior of its corrupt commissioners, led by Hugh Leatherman appointee Reynolds Williams.

Leatherman and Williams don’t like Loftis poking through their play money – and have been doing everything within their power to take him out (unsuccessfully). Their latest effort? Recruiting a candidate to run against him in the 2014 GOP primary.

Think about that for a second: Loftis’ only “crime” has been to fight for the best interests of the state’s taxpayers and retirees – and for that he’s being singled out for political extinction by these corrupt fund managers.

And their media mouthpieces … as Adcox is giving the establishment goons who are going after Loftis full access to her microphone. Just this week, for instance, she called Loftis out as a hypocrite for appearing in the same public service announcements that he bashed his former GOP opponent Converse Chellis for appearing in back in 2010.

Seems logical right? Sure. But there’s a big difference: Chellis actually controlled the funds for these ads when he was State Treasurer, whereas Loftis negotiated a contract to put the entire program into the private sector – i.e. outside of his ability to influence the process.

That didn’t stop Adcox from delivering the punch, though … which got us thinking: Aside from her natural proclivity to cozy up to entrenched political establishments (and bash the handful of elected officials who are willing to stand up to them), could something else have motivated Adcox to take this punch?

One of the worst kept secrets at the S.C. State House is that Adcox’s mother-in-law – former S.C. Representative and Workers Compensation Commissioner Becky Meacham-Richardson – has been romantically linked to Chellis. Additionally, Chellis has been soliciting “consulting” work at various pension fund conferences – with Loftis’ enemies (Reynolds Williams, former S.C. Sen. Greg Ryberg) setting up many of his meetings.

Chellis refused to take our phone calls, but multiple sources at the State House in Columbia and in his hometown of Summerville, S.C. confirmed the nature of his relationship with Adcox’s mother-in-law.

Meanwhile Adcox’s editor at the Associated Press – who actually works in North Carolina – refused to answer our questions about the level of personal disclosure his reporter provided him with prior to researching and writing her stories on the Treasurer’s Office (and the GOP primary for this seat). He also refused to answer questions about the AP’s policies involving reporters whose family members are directly connected to sources and stories they cover.

“We stand by all of (Adcox’s) reporting,” he said.

Of course he does …

Loftis is a reformer trying to take on a corrupt, entrenched bureaucracy that’s bilking taxpayers and retirees to the tune of billions of dollars – and this website makes no bones about supporting him in his efforts. Adcox? She’s chosen to serve the other side … keeping it “in the family,” as it were.

We’ll let you decide which perspective is real “journalism,” and which is driving an agenda …