BUT WILL INDISCRETION COST HIM HIS JOB?

Darlington County, S.C. Sheriff Wayne Byrd has admitted to having an affair with a subordinate – although it remains to be seen whether the corrupt local law enforcement official will be held accountable for his actions.

Byrd made the admission in court documents related to a lawsuit against him and his department, sources familiar with the case tell FITS.

According to a wrongful termination lawsuit filed in 2012 by former Darlington Sheriff’s lieutenant Mike Hall, Byrd fired him as part of an effort to cover-up his affair with Kristan Jeffords – who at the time was Byrd’s assistant.

Byrd’s affair with Jeffords came to light after he used a public computer and printer to send her a love letter.

“I stand here tonight longing for your touch,” the letter stated. “I can’t have you and I can’t live without you. Our day will come. I want you. I need you. I love you.”

Jeffords was arrested in February of this year on charges of assault and battery after an altercation with another woman outside of a home in Hartsville, S.C. According to reporter Tonya Brown of WPDE TV 15 (ABC – Florence-Myrtle Beach), the incident involving Jeffords was investigated by the Florence County Sheriff’s Department at Byrd’s request. 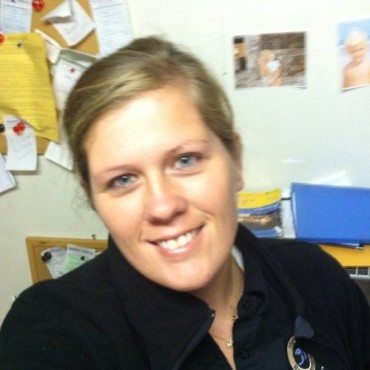 SC: Not A Good State For Working Moms