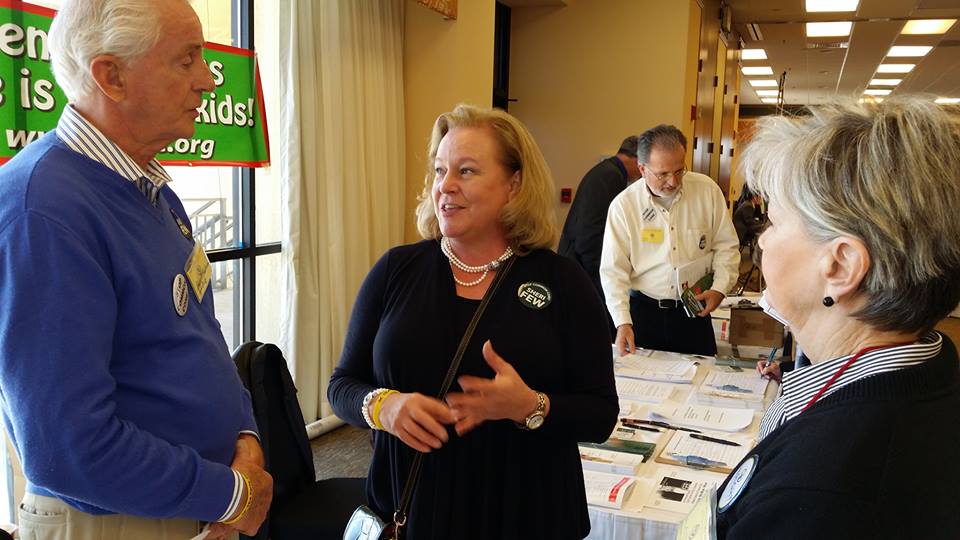 Sheri Few – the social conservative who claims divine inspiration when doing political fundraising – had probably better get on her knees and start praying.

How come? Well, Few is the subject of a federal complaint regarding the political activities of her taxpayer-subsidized nonprofit – S.C. Parents Involved in Education (SCPIE).

Federal tax law expressly forbids non-profits like SCPIE from “directly or indirectly participating in, or intervening in, any political campaign on behalf of (or in opposition to) any candidate for elective public office.”

Failure to abide by this prohibition could result in a revocation of the group’s non-profit status.

According to the complaint, Few has “engaged in bilking taxpayers out of grant money for years while she uses the non-profit for her own political campaigns.” The complaint adds that Few “uses funds from the (non-profit) to pay for her own campaign expenses,” and has “others from the nonprofit engage in political activities around the state including lobbying, advertising and fundraising.”

In an interview with The (Charleston, S.C.) City Paper, Few acknowledges that campaign messages were disseminated via SCPIE’s twitter account – which she claims is “just an honest mistake” by an unpaid volunteer. 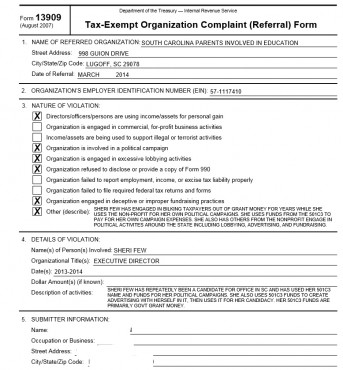 We’ve never cared for Few. She’s made big bucks off of South Carolina taxpayers on her “abstinence only” education scam – which is something government shouldn’t be funding in the first place.

And yet she has the audacity to represent as a “conservative?”

Few also has a laundry list of personal financial issues that cause us to seriously question her credibility on budget issues. Seriously … next to S.C. Sen. Lee Bright she’s probably got the worst personal financial record of any candidate seeking elected office in the Palmetto State this year.

We have yet to be provided with a good reason to support Few … but this would certainly seem to be another reason to look elsewhere when considering who might be best equipped to lead the S.C. Department of Education in 2015.