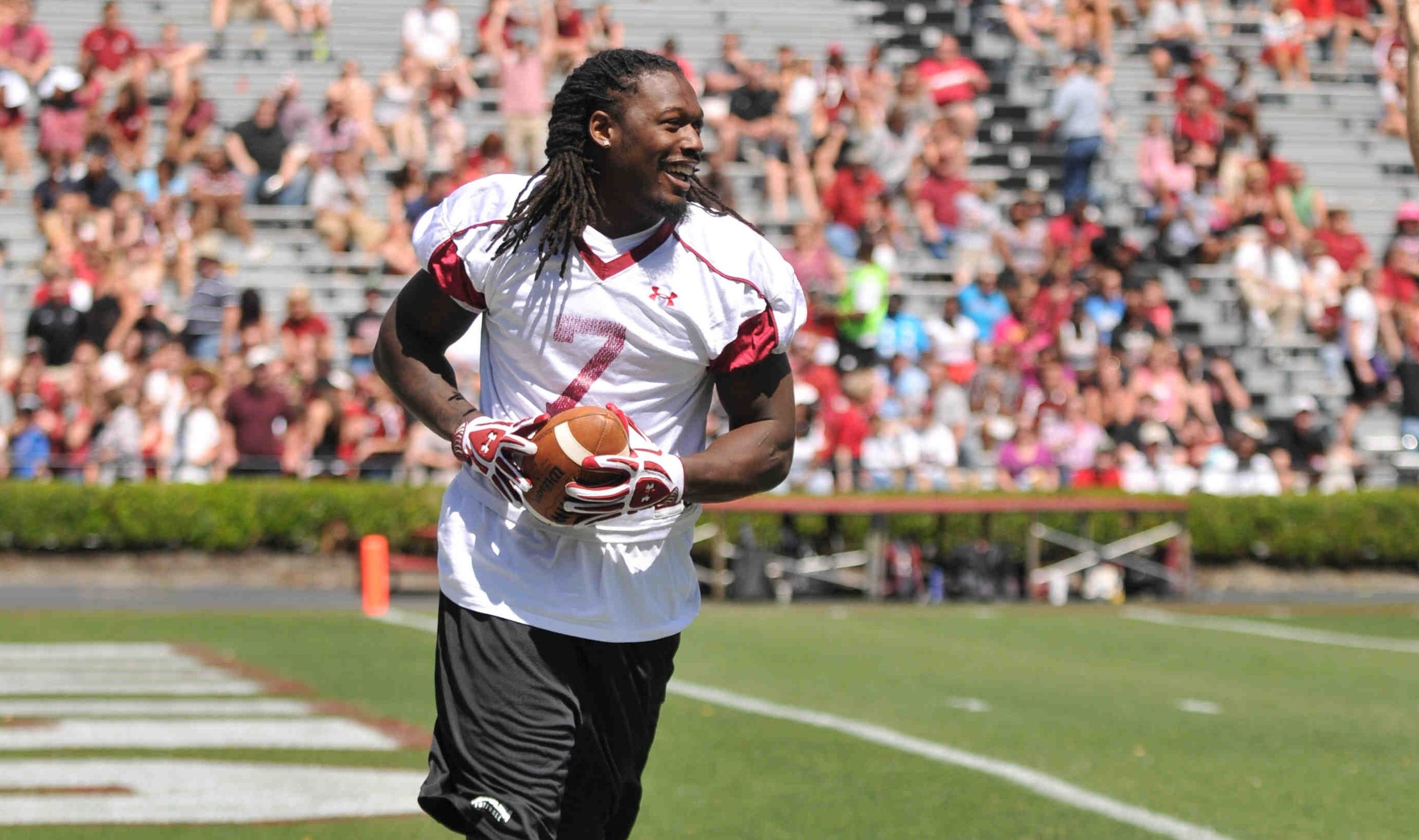 Former University of South Carolina defensive end Jadeveon Clowney ran the 40-yard dash in a blazing fast 4.53 seconds (officially) at the NFL scouting combine in Indianapolis this week – but a weaker-than-expected performance on the bench press (and his decision to sit out several agility drills) left some scouts scratching their heads about the potential No. 1 pick’s work ethic.

Clowney declined to participate in several position-specific field drills that tested his lateral and change-of-direction movement. Initial reports referenced Clowney possibly having a hip flexor, but the 6-foot-6, 266-pound former All-American said he planned all along to perform those drills prior to the draft in April.

“I just told them I really didn’t feel like doing it here,” Clowney said. “I was practicing working on my (40-yard dash), I mean, on my combine work, and I just felt like I could do it on my pro day.”

He’ll get a chance to perform those field drills at his official workout in Columbia, S.C. on April 2.

Even a punter from Miami attending the combine outdid Clowney on the bench press … scoring 23 repetitions.

Unofficially, Clowney was clocked a 4.47 and 4.48 in the 40-yard-draft at the combine – including a ridiculously fast 10-yard split of 1.56 seconds (demonstrating his explosiveness off the line). Clowney also wowed scouts with a 37.5-inch vertical leap and a 10-foot-5-inch broad jump.

“Put him at wide receiver,” one NFL analyst quipped.

Clowney finished his three-year career at South Carolina with 47 tackles for losses and 24 sacks. Oh yeah, and “the hit.”

While some scouts question