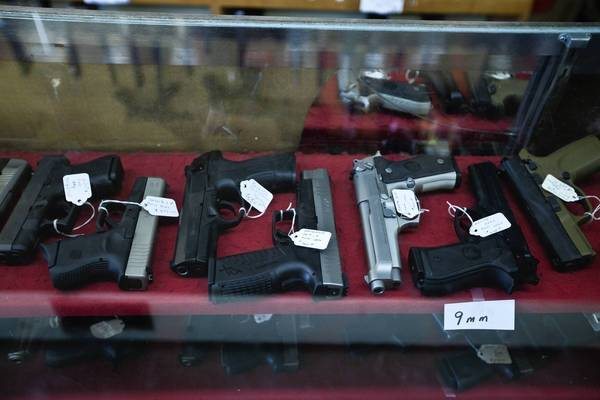 A “Republican-controlled” S.C. Senate subcommittee killed a pro-gun bill that would have permitted South Carolina residents to carry firearms without having to receive a government permit.

The law – sponsored by S.C. Sen. Lee Bright (and supported by Gov. Nikki Haley) – was defeated by a 17-4 margin in the Senate’s judiciary committee. The four lawmakers voting for the legislation were Bright, Tom Corbin, Shane Martin and Katrina Shealy.

With the exceptions of Senators Chip Campsen (RINO-Charleston) and Vincent Sheheen (D-Camden) – both of whom were absent – every other member of the judiciary committee voted to kill the bill.

Shame on all of them …

And props to Bright, Corbin, Martin and Shealy for standing firm on behalf of gun rights.

“I spent many hours of my time touring the state and listening to testimony – and that testimony overwhelming showed me that people don’t want to ask government permission to exercise the rights they have already been granted,” Martin told FITS. “And they shouldn’t have to.”

There’s an amendment to the U.S. Constitution that makes no exceptions regarding the right of American citizens to keep and bear arms.

For that reason, we will continue to advocate for the civil disobedience of any state statute or federal law which infringes upon this constitutional right. And we will continue to call out those elected officials (especially so-called “Republicans”) who insist on making citizens come begging to them for freedoms they already own.

On That Big Crony Capitalist Announcement